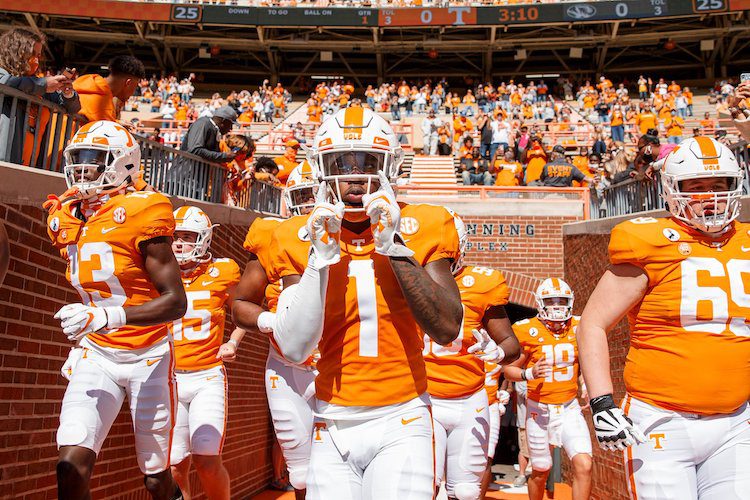 No. 18 Tennessee has opened as home favorites in next Saturday’s matchup with the Kentucky Wildcats.

Tennessee (2-1) is a 7-point favorite over Kentucky (1-2) according to the line released by Circa Sports at the Golden Gate Hotel and Casino in Las Vegas.

The Vols are coming off of a 44-21 loss over to No. 3 Georgia (3-0) on Saturday that saw their eight-game winning streak come to an end. The eight-game win streak was the program’s longest since an 11-game win streak between the 2015 and 2016 seasons. It was the second-longest win streak since the 1998 national championship season.

Georgia’s defense shut down Tennessee’s rushing attack as the Vols finished with -1 rushing yard on the afternoon. When adjusted for sacks, Tennessee rushed for 40 yards on the afternoon and averaged just 2.0 yards per carry.

The Bulldogs also forced three turnovers. They picked off Jarrett Guarantano once and forced three fumbles, two of which they recovered and one of which resulted in a scoop-and-score touchdown.

Kentucky is coming off of a 24-2 win over Mississippi State (1-2) at home on Saturday night. The Wildcats intercepted the Bulldogs six times in the win.

Kickoff between the Vols and Wildcats on Saturday afternoon in Knoxville is scheduled for 12 p.m. ET. The game will be broadcast on either ESPN or the SEC Network.