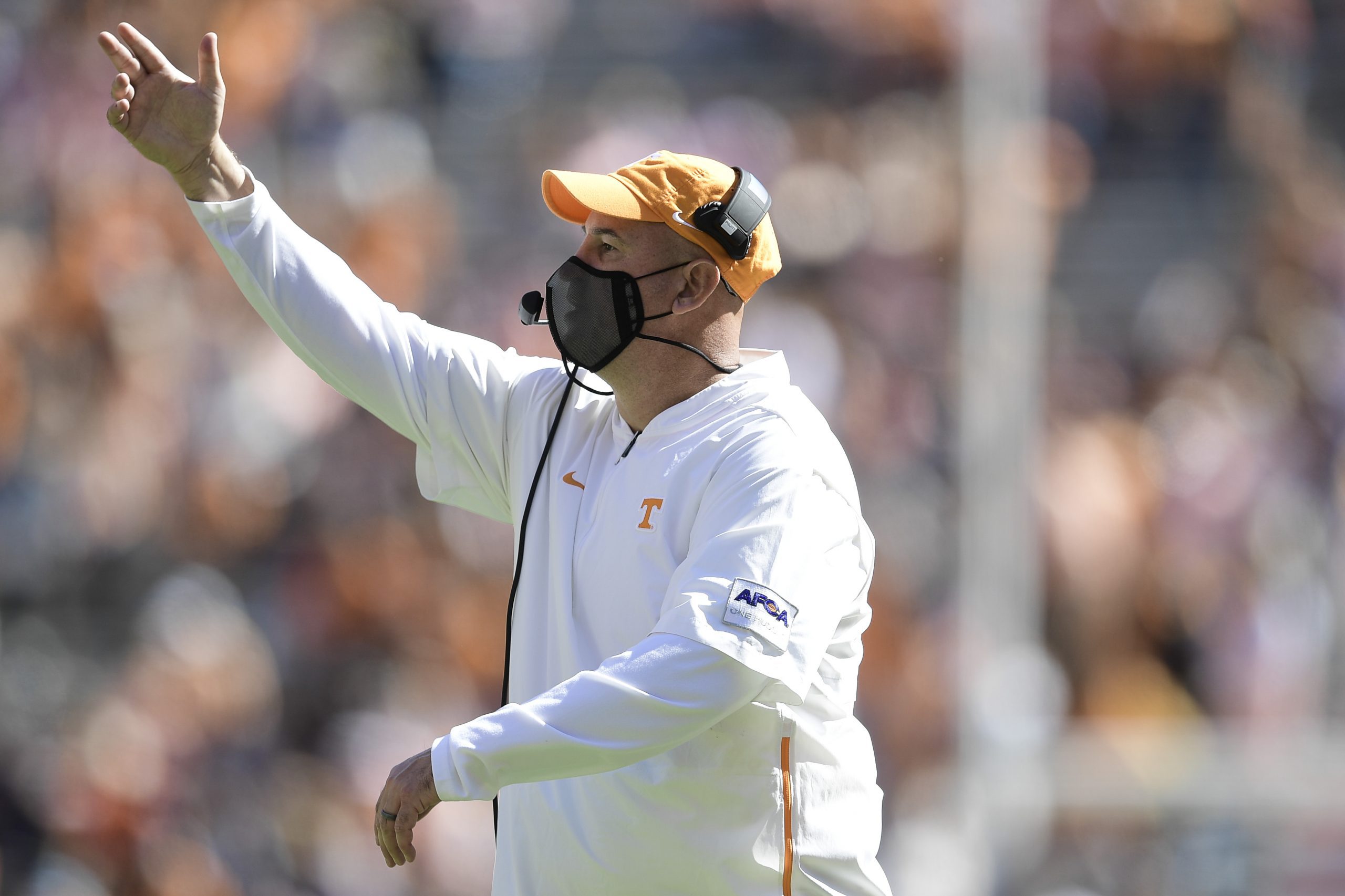 “Yesterday I decided to make a change at the (defensive) line position,” Pruitt told reporters over Zoom. “Coach (Jimmy) Brumbaugh done a really nice job. He worked his tail off.

“Sometimes from a philosophical standpoint things are just not a fit. And it just didn’t work out for us. So I decided to do that.”

“If it’s not working out, it’s better just to do it right now,” Pruitt said. “Me and Jimmy had a really good conversation. Unfortunately, probably because of the COVID circumstance, when you’re a new coach and you don’t have a chance to be around your players in March, April, May, then limited in June, it puts you at a disadvantage. This is no knock on Jimmy as a coach whatsoever. He’s one of the most knowledgeable guys I’ve been around. And he’ll do a good job wherever he goes. It was just something that I felt like we needed to do and we did it.”

Brumbaugh’s firing leaves a hole to be filled on the coaching staff. But Pruitt won’t look to hire a replacement until the end of the season. Tennessee’s third-year head coach announced Monday that he would “coach the defensive line for the rest of the season.”

Pruitt stated that there would be no other coach helping him coach the defensive line.

“I’ve been bouncing around, helping a lot of different positions this entire camp,” Pruitt said. “Just trying to spend a lot of one-on-one time with a lot of young players. I’ve been doing this all camp any how. Then going to the offensive side. I have plenty of help from a GA (graduate assistant) standpoint. We’ll be fine.”

Tennessee’s defensive line has played inconsistent football this season. Pruitt will look to get that turned around against No. 2 Alabama this Saturday inside of Neyland Stadium. Kickoff with the Crimson Tide is scheduled for 3:30 p.m. ET on CBS.