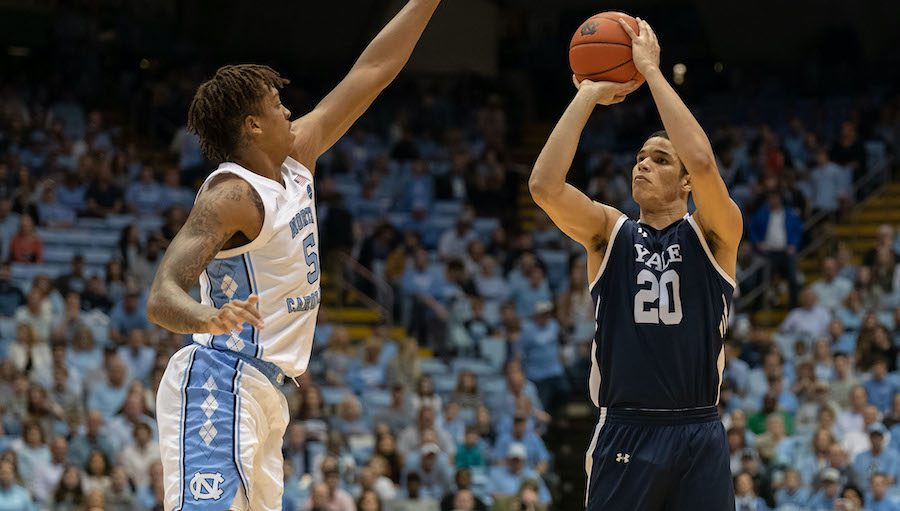 Tennessee has shown interest in Yale graduate transfer Paul Atkinson, who announced last week that he would transfer this spring.

Atkinson is already in the transfer portal. He has played three years at Yale and will have a year of eligibility remaining whether or not he decides to play this season.

“My four years at Yale have been nothing short of amazing,” Atkinson wrote on Twitter. “The coaching staff has taught me so much and helped me mature to the basketball player I am today. I especially want to thank coach [James] Jones who has been nothing but supportive of me in all my decisions. I also want to thank my family and loved ones for supporting me in my decision making.

“With that, I will be graduating from Yale this upcoming spring and entering the transfer portal with a year of eligibility remaining.”

According to Jake Weingarten of Stockrisers.com, Tennessee reached out to Atkinson and expressed interest in him.

Atkinson was the Ivy League Player of the Year last season and was a unanimous first team All-Ivy selection. He finished seventh in the nation in field goal percentage (.630) and third in the Ivy League in scoring (17.6 ppg.), fifth in rebounding (7.3 rpg.), seventh in steals (1.2 per game) and 10th in blocked shots (0.8 per game). Atkinson set a single season school record by scoring in double figures in all 30 games.

Tennessee will be in need of a big man for next season if Yves Pons, John Fulkerson and E.J. Anosike don’t take advantage of the free year of eligibility the NCAA has granted for this season. All three are set to graduate following the season.