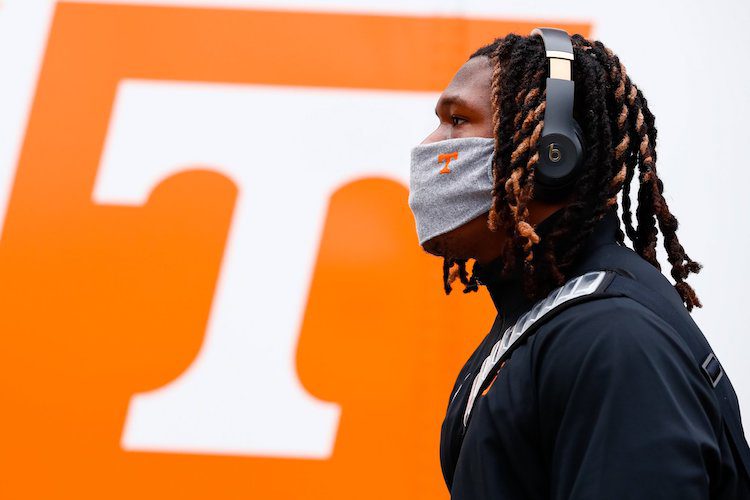 Tennessee sophomore inside linebacker Quavaris Crouch, senior defensive back Theo Jackson and redshirt-sophomore tight end Jacob Warren met with the media on Wednesday to discuss how the Vols’ bye week is going.

Crouch discussed Jeremy Pruitt coaching the defensive line, conversation between the players on leadership, the fundamentals Tennessee is working on during the bye week, staying safe during the open week, and keeping the offense motivated.

Here’s everything Crouch had to say:

Jackson discussed the leadership within the team, the fundamentals Tennessee is focusing on this week, how often the team does turnover circuits in practice, what he’s seen from freshman defensive back Tamarion McDonald, and using last year as motivation to get the season turned around.

Here’s everything Jackson had to say:

Warren discussed what Austin Pope has brought to the team despite being injured, how much weight he has put on, how much he’s had to change his mindset from being just a pass-catcher, first-year tight ends coach Joe Osovet, and the current motivation of the locker room.

Here’s everything Warren had to say: