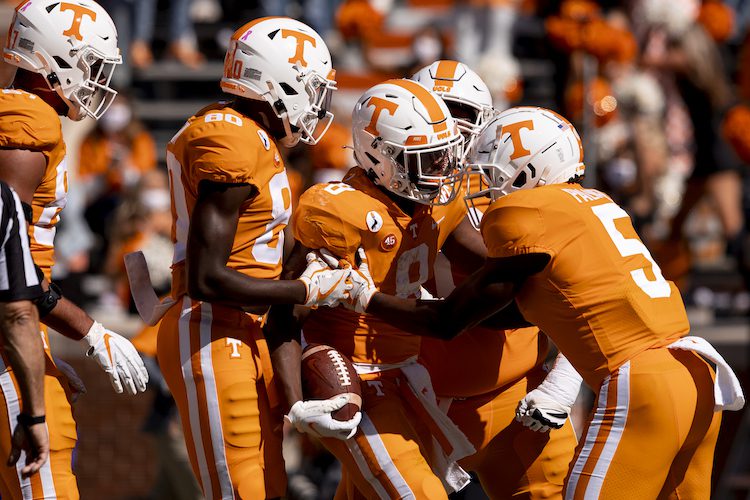 Tennessee’s Week 7 game against Arkansas will kickoff at 7:30 p.m. ET on the SEC Network, the SEC announced Sunday afternoon.

The SEC exercised a six-day selection option this past Monday. The league was deciding to between whether to televise the the game at 7 p.m. or 7:30, and whether it would be on ESPN or the SEC Network.

The Vols are coming off of their lone bye week of the 2020 season. It was a much-needed bye week as Tennessee has lost three consecutive games. UT lost 44-21 to Georgia in Athens to begin the three-game losing streak, and then fell to Kentucky 34-7 before falling to Alabama 48-17 prior to the open date.

Arkansas is coming off of a 42-31 loss to No. 8 Texas A&M on Halloween night. Razorbacks graduate transfer quarterback Feleipe Franks was 23-of-31 passing for 239 yards and three touchdowns. Franks did not throw an interception while adding 90 rushing yards. Running back Rakeem Boyd rushed for 100 yards and a touchdown on 18 carries.

Tennessee is 13-5 all-time against Arkansas, but the Razorbacks have won two straight against the Vols and three out of the last four matchups. The Hogs won the most recent matchup in 2015 by a score of 24-20 in Knoxville. In the last matchup in Fayetteville, Arkansas won 49-7 in 2011.

Kickoff between the Vols and Razorbacks on Saturday night in Fayetteville is scheduled for 7:30 p.m. ET. The game will be broadcast on the SEC Network.