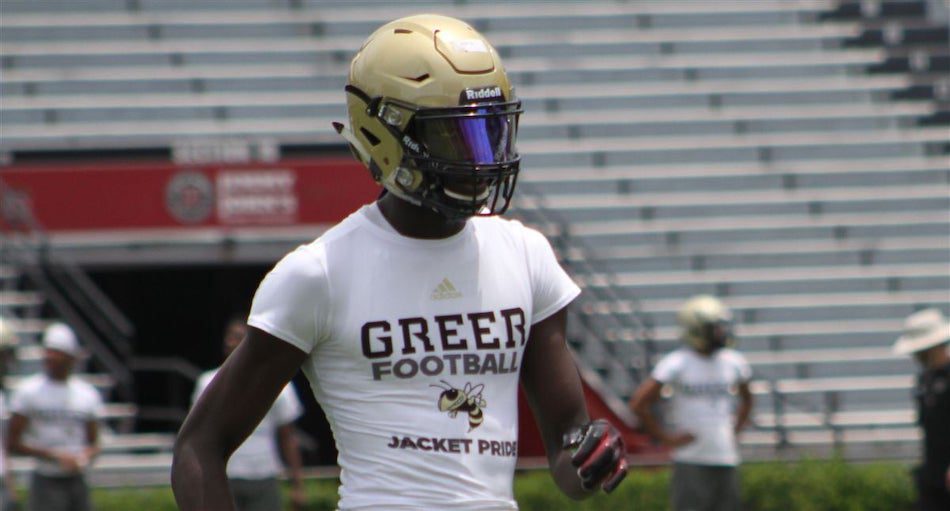 The Vols made Skinner’s top 12 along with Clemson, South Carolina, Oregon, Florida, Georgia, Auburn, LSU, Florida State, Virginia Tech, Michigan and Miami. Skinner tweeted out that his “recruitment is still 100% open” when he tweeted out the graphic of the 12 schools he is currently considering.

Skinner is ranked as the No. 98 overall player in the country for the class of 2022 according to the 247Sports Composite rankings. The Greer High School product who also dabbles at tight end is considered the third-best player at the position and the No. 3 overall player in the state of South Carolina.

Tennessee offered Skinner on March 19 of this year, becoming the second SEC school to offer him. He now holds offers from seven SEC schools after South Carolina was the first to offer. Arkansas, Auburn, Florida, Georgia, and LSU have also offered.

Vols’ outside linebackers coach Shelton Felton is the primary recruiter for Skinner, while wide receivers coach and passing game coordinator Tee Martin is the secondary recruiter.

Skinner, who also plays basketball, has caught 30 passes for 511 yards as a freshman and sophomore in high school. According to his Twitter account, he has been timed at 4.53 seconds in the 40-yard dash and has jumped a 36-inch vertical.

The Gamecocks are currently the only school he has visited unofficially. Clemson, however, currently have all three of Skinner’s crystal ball predictions on 247.

Tennessee currently has one commitment in the class of 2022. Three-star defensive end Jimmy Scott was the first from the class to commit to the Vols on Aug. 16. Scott hails from Hamburg, New York.