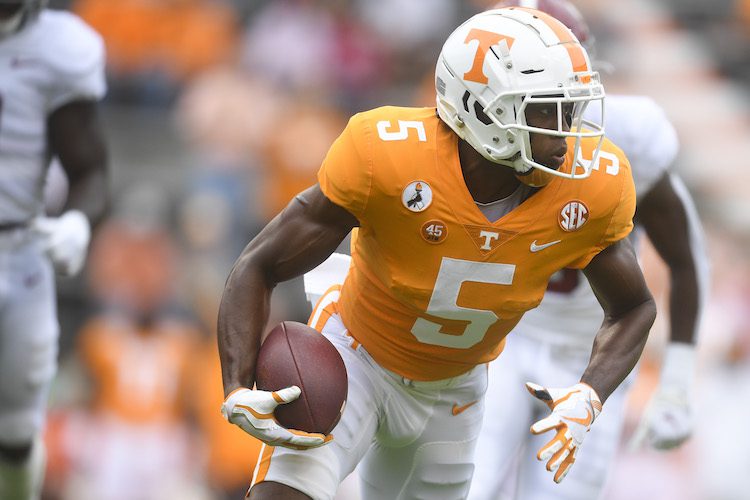 Tennessee head coach Jeremy Pruitt updated the media following Wednesday’s practice about issues the Vols have experienced this week with their latest round of COVID tests.

According to Pruitt, a batch of false positive COVID tests over the weekend forced some players on the team to miss practice. The team has since been COVID free after sorting out the issues with the testing.

“We tested on Sunday and unfortunately we did have false positives,” Pruitt told reporters over Zoom after practice on Wednesday. “We had some guys that had to miss Monday’s practice, but they are back. That was good and I think that’s happened probably all over every testing facility across the country at times. It’s the first time it’s happened with us but we did have some guys that missed Monday’s practice. They’ll be ready to go today.”

Tennessee didn’t practice on Tuesday due to an NCAA mandate that gives players and coaches the day off in an effort to give them the chance to vote in the 2020 election.

The SEC requires teams to test players and staff three times each week, so the Vols will undergo one more round of testing before their game against the Razorbacks this Saturday in Fayetteville.

“We still have one more test this week — tomorrow, but right now everybody is COVID free,” Pruitt said. “That’s good. I think it was an unusual deal at the testing facility. We went through the proper protocol there with the SEC and everybody came back negative.”

Tennessee (2-3) and Arkansas (2-3) are scheduled to kickoff at 7:30 p.m. eastern on the SEC Network. The Vols will be looking to snap their three-game losing streak coming off their lone bye week of the 2020 season.