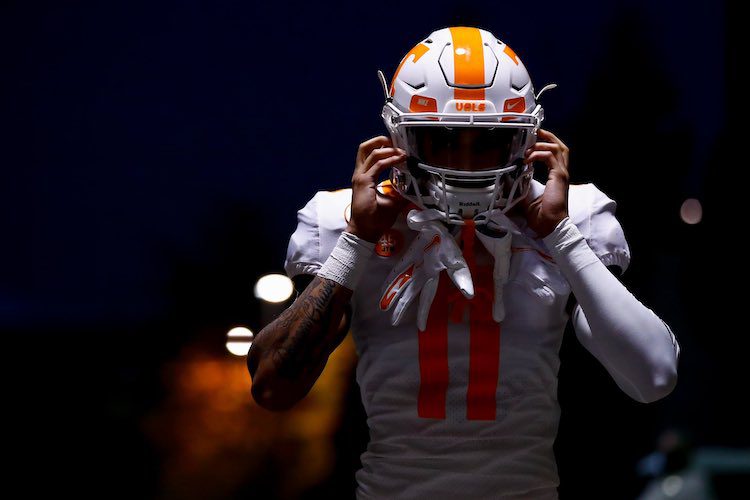 Tennessee has opened as road underdogs in its upcoming matchup with the Auburn Tigers.

The Vols (2-4) are a 10-point underdog to No. 23 Auburn (4-2) according to the line released by Circa Sports at the Golden Gate Hotel and Casino in Las Vegas.

Auburn will not have played in two weeks when the two teams link up this coming Saturday on The Plains. The Tigers’ game with Mississippi State this past weekend following a bye week was postponed due to COVID-19 issues within the Auburn program. Tennessee also did not play this past Saturday as a result of COVID issues within the Texas A&M program that forced the game to be postponed to Dec. 12.

The Tigers destroyed LSU 48-11 in their last game out. Bo Nix, who has had an up-and-down season, threw for 300 yards and three touchdowns on 18-of-24 passing. Nix added 81 rushing yards and a touchdown on the ground.

Tennessee is coming off of a 24-13 loss to Arkansas on the road in its last game. The Vols blew a 13-point lead in the midst of Jarrett Guarantano having to exit the game due to a head injury. Brian Maurer or Harrison Bailey could not generate any points while Jeremy Pruitt’s defense struggled to slow down Arkansas in the second half.

The Vols won the most recent matchup with the Tigers. In 2018, Tennessee defeated No. 21 Auburn 30-24 at Jordan-Hare Stadium. It was one of Guarantano’s best performances in a Tennessee uniform. He threw for 328 yards and two touchdowns as he guided the Vols to an upset victory.

Tennessee and Auburn is scheduled to kickoff at 7 p.m. ET from Jordan-Hare Stadium on ESPN.