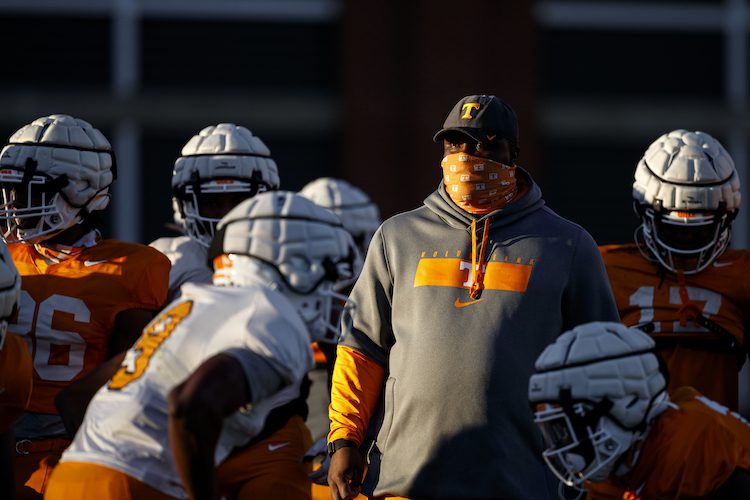 The SEC announced its adjusted schedule for the remaining two weeks of the regular season on Friday.

Tennessee will travel to Nashville on Dec. 12 to face in-state rival Vanderbilt. The Vols will then return home to host No. 5 Texas A&M on Dec. 19. It’ll be the first time the Aggies have played in Knoxville.

According to a press release from the conference, if Texas A&M (6-1) qualifies for the SEC Championship Game in Atlanta on Dec. 19, the game against the Vols will be ruled a no-contest, although No. 1 Alabama is currently undefeated and holds the tie-breaker against the Aggies.

Other SEC games rescheduled for Dec. 12 include LSU at No. 6 Florida on Dec. 12, Auburn at Mississippi State, No. 8 Georgia at Missouri, Ole Miss at No. 5 Texas A&M and No. 1 Alabama at Arkansas.

The SEC Championship Game, which is scheduled for Dec. 19 in primetime on CBS, will share a Saturday with four other league games, including Tennessee vs Texas A&M. The rest of the slate that day will feature Ole Miss at LSU, Missouri at Mississippi State and Vanderbilt at No. 8 Georgia.

Just as the possibility exists that Texas A&M could win the SEC West and reach Atlanta, Georgia too has a chance if claiming its fourth-straight division crown if Florida loses its remaining two games.

Tennessee could have a chance to help the Bulldogs out this Saturday at Neyland Stadium against the Gators at 3:30 on CBS.