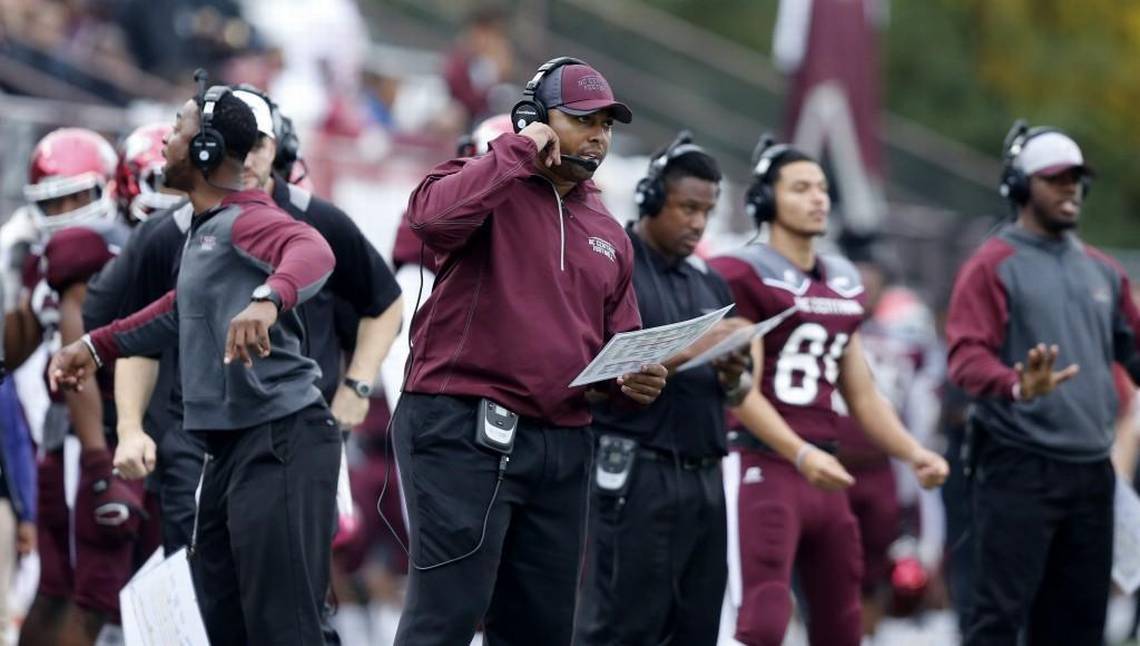 Josh Heupel’s offensive staff is reportedly complete, as according to Pete Thamel of Yahoo Sports, Tennessee has hired Rice offensive coordinator Jerry Mack to be its new running backs coach following the departure of Jay Graham to Alabama.

Sources: Rice OC Jerry Mack expected to be the next RB coach at Tennessee. Mack is former head coach at North Carolina Central. He also served as QB coach and associate head coach at Rice.

Heupel’s first-year coaching staff has not officially been announced by Tennessee, but the addition of Mack completes the offensive staff according to multiple reports. UT’s new head football coach is still looking for a defensive coordinator as day No. 16 on the job comes to an end.

Mack was named Rice’s offensive coordinator in Dec., 2017 after four seasons as the head coach at North Carolina Central University. He was named the Owls Associate Head Coach on February 13, 2019.

In four seasons at NCCU, Mack led the Eagles to at least a share of three consecutive MEAC championships and a berth in the 2016 Celebration Bowl, which pits the champions of the MEAC and SWAC each December. He compiled 31-15 record in four seasons as one of the youngest head coaches at the FBS/FCS level. He was named the 2016 HBCU Football Coach of the Year by Black College Sports Page and The Pigskin Club in Washington, D.C. after NCCU smashed its school record for offense on its way to the Celebration Bowl.

Mack joined NCCU after spending two seasons (2012-13) with the University of South Alabama as wide receivers coach. During that time, three of his receivers finished among the top five on South Alabama’s single-season record lists for receptions and receiving yards.

He spent the 2011 campaign in his hometown with the University of Memphis, also as wide receivers coach, where he tutored the receiver with the second-highest single-season receptions in school history.

As offensive coordinator and quarterbacks coach at the University of Arkansas at Pine Bluff in 2010, Mack transformed a unit that ranked 101st in the nation in total offense to 30th nationally and No. 2 in the Southwestern Athletic Conference (SWAC), breaking 10 offensive school records in the process.

Mack served as passing game coordinator and wide receivers coach at the University of Central Arkansas during the 2008-09 seasons, helping to lead the 10-2 Bears to the Southland Conference championship and placing 10th in the NCAA Division I-FCS in total offense.

In Mack’s two seasons (2006-07) as wide receivers and tight ends coach at Jackson State University, the Tigers ranked second in the SWAC in scoring offense both years and captured the SWAC championship title in 2007.

Mack started his coaching career as an offensive graduate assistant at Delta State University in 2004-05. During that time, he coached running backs, and worked as assistant special teams coordinator and video coordinator, helping the Statesmen to rank third in the NCAA Division II in scoring offense and total offense.

Mack began his collegiate playing career at Jackson State before transferring after one season (1999) to Arkansas State University. He lettered three years at Arkansas State (2001-03) before earning his bachelor’s degree in management information systems in 2003.

Mack completed his master’s degree in physical education from Delta State in 2006 after serving on the Statesmen coaching staff as a graduate assistant.