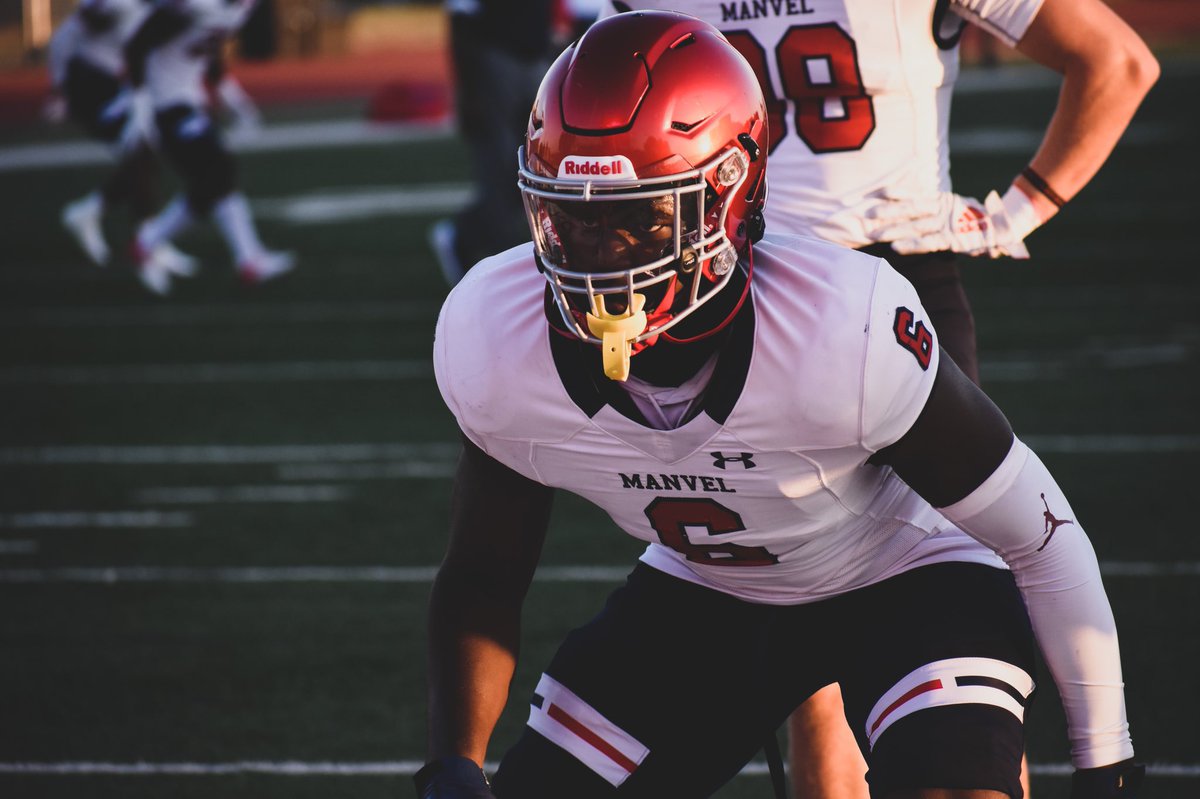 Tennessee has started the process of re-recruiting prospects in the 2022 class, as the defensive staff comes together. The hiring of Tim Banks as the defensive coordinator was finalized last week. With the Vols close to announcing the entire defensive staff, it hasn’t taken long for new assistant coach Brian Jean-Mary to start putting out offers.

On Tuesday night, three-star inside linebacker Justin Medlock out of Manvel, Texas announced that he had been re-offered by Tennessee. The 6-foot-1, 200 lbs. backer has multiple offers from power five schools, including the Vols.

“Coach Jean-Mary offered. It was a great feeling to know that the new staff wanted me”, Medlock told Rock Top Insider about Tennessee’s new coaching staff re-offering him.

Even though Medlock doesn’t have a previous relationship with defensive coordinator Tim Banks, he’s paid attention to what the Vols are putting together on their defensive coaching staff.

“I like what they’re trying to build over there,” Medlock said. “I don’t have a previous relationship with him. I think Tennessee is really on the rise with their new coaching staff. I think they’re going to have a really good year”

There is a pretty nice wrinkle to the recruitment of Medlock. He already has family in Knoxville. His cousin is true freshman quarterback Kaidon Salter. That certainly helps the Vols when it comes to getting firsthand knowledge of what’s going on at Tennessee. Being able to confide in a family member will at least give the Vols an upper hand in that department. It also doesn’t hurt that Salter just arrived in Knoxville and is getting to know the staff, just like Medlock is.

The building of a relationship is the first obstacle, especially during this dead period, which was just extended to May 31st. This will prevent him from making any official trips to Knoxville over the next three months, as other schools are dealing with the same problems at the moment as well. Medlock said there were multiple teams recruiting him pretty hard at the moment, but he’s taking his time in making a decision.

“Oregon, LSU, OU, Ohio State, and a few others,” Medlock said. “As far as my recruitment I am weighing everything out.”

As far as leaving Texas to play college football, which multiple schools are trying to get him to do, that won’t affect his decision on where to play ball.

“The location really doesn’t matter to me,” Medlock said. “I just want to go somewhere I can get on the field and is the best fit.”

The Vols have their work cut out for them as they try to re-establish relationships with players across the country for the 2022 class. But, as the Tennessee staff continues to connect with players, expect the new regime to target players that might not have been priorities over the past few years.

It’s a new ballgame in Knoxville and the new staff is just trying to catch up with the rest of the pack. As you can notice with the plethora of offers being put out, this staff is trying to get back in the game for many.

The relationships are sure to pay off down the road as long as they continue to put things back in place that were left in a perceived cluster.