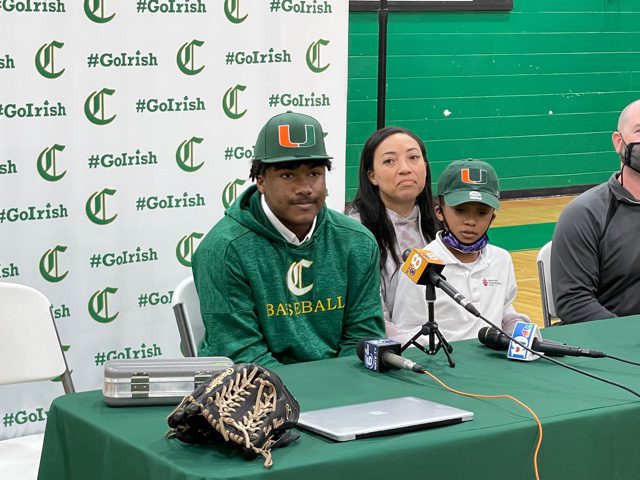 2022 four-Star quarterback and baseball player Kaden Martin committed to Miami on Wednesday afternoon. Martin, the son of legendary Tennessee quarterback Tee Martin, said the decision process was tough and didn’t come to a conclusion until this morning.

Miami offered Martin a baseball scholarship, though Hurricanes head football coach Manny Diaz told Martin he would be able to fight for the starting quarterback job on the football team. This was a dream scenario for Martin, having thought of going to Miami since he was a young kid.

Tennessee’s baseball staff, including head coach Tony Vitello left a huge impression on the young athlete. Martin said it was very tough for him not to commit to Vitello, but that he also wanted to play football. Tennessee not being involved much in his recruitment hurt them in the long run, as he would’ve been a great addition to the baseball team. UT’s football staff hasn’t been in contact with Martin, which he says made it easier to go ahead an announce his commitment.

Martin said he will still talk to Tony Vitello weekly and hopes to keep up that relationship. Martin has the ability to make himself a lot of money in baseball down the road because of his ability and work ethic.

Though this was a tough decision for Martin, he feels he’s made the right one, getting to play at his dream school. Not many athletes are awarded that opportunity.

Here’s everything Martin told Rocky Top Insider about his decision: