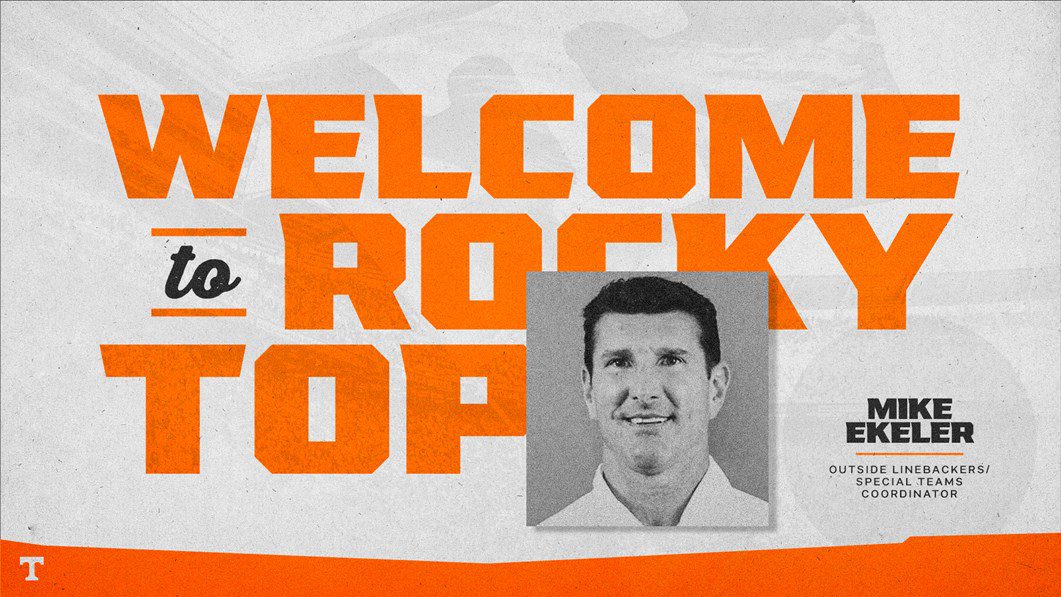 The University of Tennessee football program officially announced the hiring of Mike Ekeler on Thursday afternoon in a press release. The Nebraska native was named the outside linebackers and special teams coach on Josh Heupel’s initial Tennessee coaching staff.

Ekeler spent the 2020 season as the special teams coordinator at North Texas. This is a reunion for Heupel and Ekeler, as they were graduate assistants together in 2004 with Oklahoma. Ekeler is no stranger to the SEC, as he coached at Georgia from 2014-2016 and was part of LSU’s 2007 staff that won an SEC and National Championship.

“Mike is one of the most engaging and charismatic leaders I know,” Heupel said in the press release. “The energy he will bring to our football team, in addition to his track record of guiding successful special teams and defensive units will enhance our program. We are excited to welcome Coach Ekeler and his family to our Tennessee football family and look forward to watching him make a difference in the lives of our student-athletes.”

He spent the 2019 season at Kansas with Les Miles as their Inside linebackers coach and Special Teams coordinator, before joining North Texas once again.
Prior to his arrival at Kansas, Ekeler served as the linebackers coach at North Carolina, and has also worked with linebackers at Georgia, USC, Indiana, Nebraska, LSU and Oklahoma. He has been a part of three teams who participated in the BCS National Championship game.
Back in 2008-2010, he was Nebraska’s linebackers coach, where he coached NFL draft picks Lavonte David, a 2010 and 2011 All-American first teamer when he set the school season tackles record, Phillip Dillard, Cody Glenn, Eric Martin and Will Compton.

Compton, who is now a Tennessee Titan, joined the RTI Podcast this week to discuss the recruiting tactics of Ekeler and the infamous tattoo story.

Ekeler will have talent to work with at Tennessee and is the fourth Tennessee assistant coach on this new staff that has experience calling a defense. This a a nice hire for Heupel, as the defense could use all the experience they can get on the coaching front.