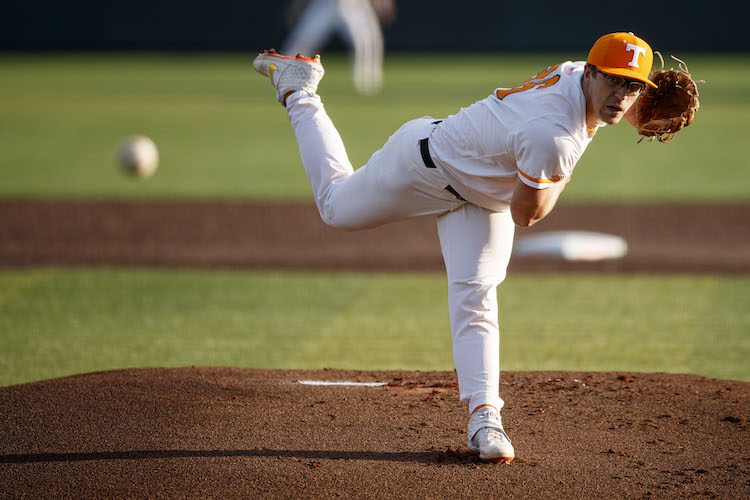 Tennessee junior Chad Dallas delivered a spectacular pitching performance on Friday night at Lindsey Nelson Stadium to lead No. 9 Tennessee to a 3-1 win over No. 14 LSU. The win snapped an eight-game losing streak to the Tigers and was just the second win for the Vols (19-4, 3-1 SEC) in the last 17 games against them.

Dallas (W, 4-0) allowed just one run over seven innings of work as he struck out a career-high 11 hitters. He gave up five hits and one walk on 101 pitches to earn his fourth win of the season. The performance lowered his ERA from 4.70 to 3.41.

“A gutsy effort is what I saw — the way he just kind of battled through some of those at-bats,” Vols head baseball coach Tony Vitello said following the game. “Hopefully an effort that the other pitchers see, that when you’re pitching with your heart and your guts, it’s just as important as your arm.”

Here’s what all Vitello, as well as Dallas and Tennessee starting centerfielder Drew Gilbert had to say about series-opening win: