The Tennessee football team practiced inside Neyland Stadium Saturday morning in front of a few thousand fans. The Vols were working on offensive and defensive drills, until they got together to run 7v7 and other offense vs defense matchups.

Jalin Hyatt, Jimmy Callaway and Jimmy Holliday were catching punts. Tyler Baron, Tiyon Evans and a few others, along with Ja’Quain Blakely taking it kinda easy today, by design, though Evans did participate in a few drills. Baron and Blakey were off to the side for most of practice. Morven Joseph, Kwauze Garland and Solon Page were getting a lot of work at the linebacker spot. Byron Young is just a beast, he was working on the defensive line along with Matthew Butler, Aubrey Solomon and Darel Middleton. Doneiko Slaughter, Jimmy Holiday, Len’Neth Whitehead were in black jerseys. I did not see Elijah Simmons or Omari Thomas. 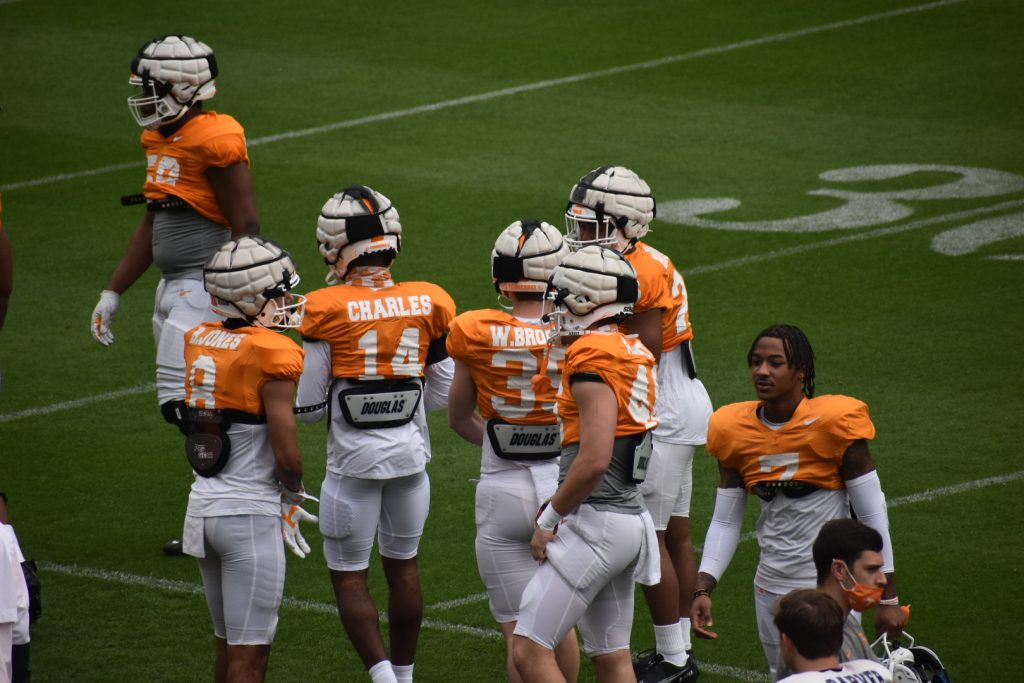 Cade Mays was working through a bunch of different positions, even playing some right tackle, along with Wright. Jerome Carvin got work at LG and Dayne Davis worked some at LT. Cedric Tillman, Velus Jones, Walker Merrill, Jimmy Calloway all had nice catches, working the corner routes and fades.

Hendon Hooker looked good today throwing, especially when he was rolling out. Brian Maurer had a few nice throws, especially one to Ramel Keyton in the back of end zone. He looked good today under pressure, with a few TD’s in the hurry up, but did leave a few on the field and an interception to Christian Charles. Harrison Bailey was throwing pretty decent on the slant routes, but didn’t get much help on dropped balls. 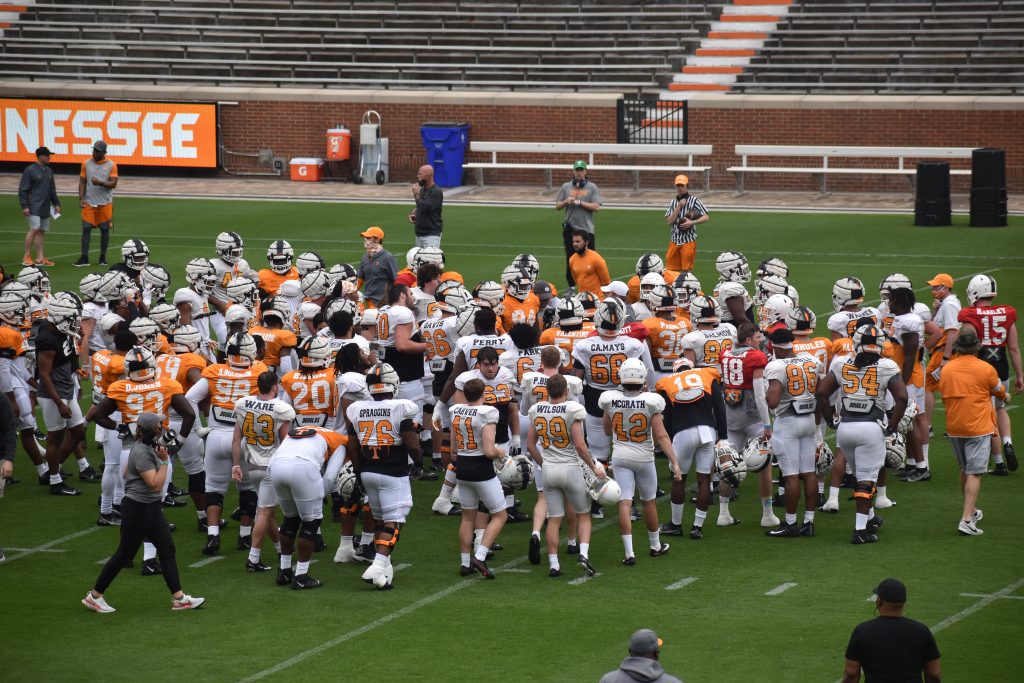 The running back group had themselves a nice day during the back end of practice, gashing the defensive line up the middle. Dee Beckwith is just a load to handle, his upper and lower body strength is very impressive, as it takes a few defenders to bring him down. Jaylen Wright was running the ball well today, as it looks like he just glides. Tee Hodge also had a TD today, after three consecutive runs up the middle. 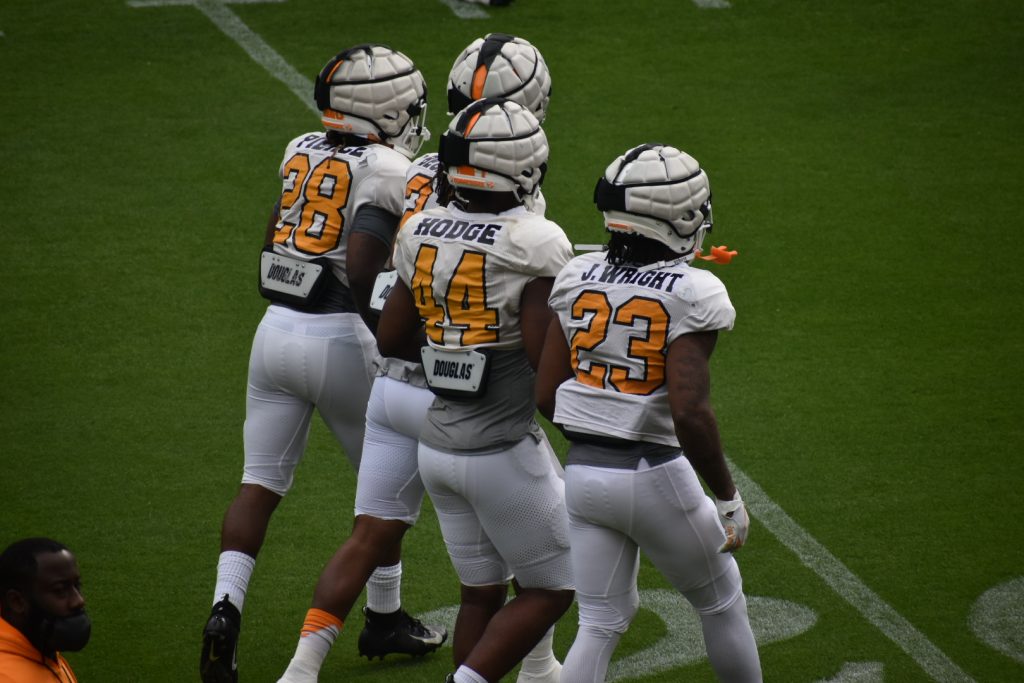 The secondary group had its moments, Warren Burrell broke up a nice pass intended for Velus Jones and Kenneth George had a few nice plays on defense. This group needs to be a sticking point for the Vols, heavily relied upon. The problem for Tennessee is the offense was running rough shot on the defense in the 11 on 11 drills. Emerson and Garland were running with the 2’s today on DL at times.

Stay tuned to RockyTopInsider for more notes and images from spring practice.