If you were looking for an atmosphere that brought out the excitement that Tennessee fans have been craving, look no further than Lindsey Nelson Stadium. The Vols defeated Vanderbilt on Saturday in what was an absolute thriller.

Connor Pavolony got the Vols on the board with a solo homer in the 4th inning. As Evan Russell stepped to the plate, what was coming would be the start of a record day. Russell drilled a shot to left field that probably landed in the parking lot surrounding the football facility. Tennessee was up 2-0 after the back-to-back homers.

As Will Heflin was having himself a nice day, the Dores took the lead in the bottom of the 6th, thanks to a 3-run homer by CJ Rodriguez, it was 4-3 Dores. Jack Leiter pitched 6 innings for Vandy, giving up three home runs, but just 4 hits. It’s easy to see why MLB scouts like him. 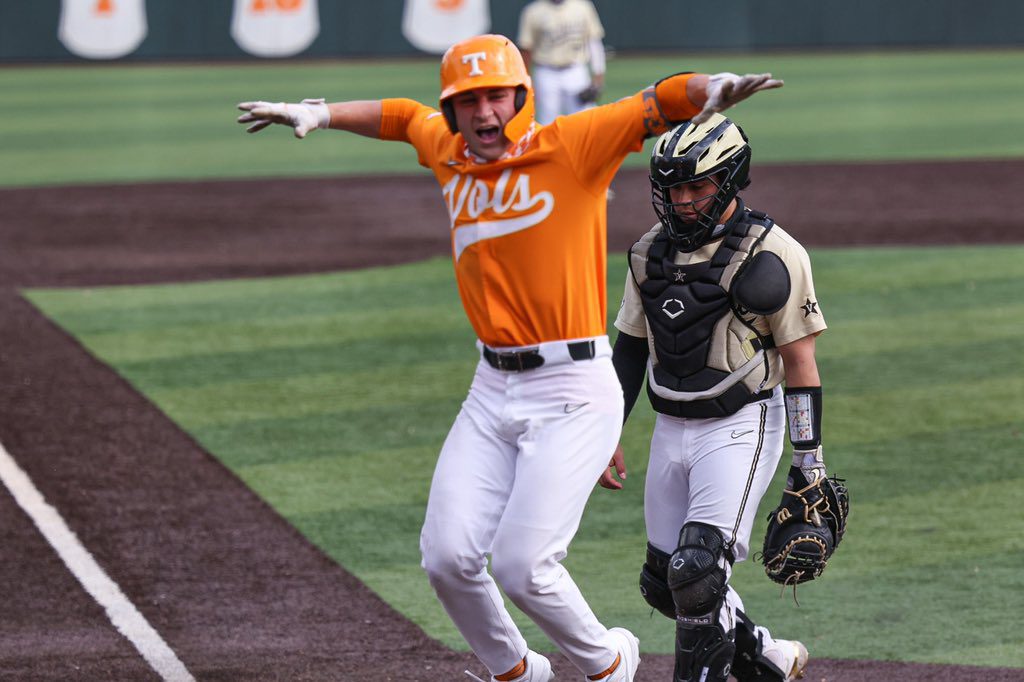 But, it was the 8th inning that changed everything for the Vols. As Luke Murphy came into pitch for Vandy, he got himself into a pickle, thanks to Evan Russell. Tennessee trailed 4-3, they had bases loaded and Evan Russell jacked a Grand Slam over the left field wall to send the Vols crowd into a frenzy. It was the shot Tennessee needed and it came off the bat of a guy who had just recorded his 3rd homer of the day.

Thanks to a dribbler down the third base line from Jake Rucker, the Vols added another run, extending the lead to 8-4.

As Kirby Connell and his mustache made his way to the mound, the Vols were three outs away from taking the game and tying the series up. After a fly ball just past third base, the Vols grabbed the final out and win.

Tennessee will go for the series win on Sunday, as the two teams will square off at 1pm ET.