The Tennessee quarterback room has reached full capacity, as Michigan transfer Joe Milton committed to the Vols on Monday. The former 4-star quarterback from Orlando will join his teammates soon, as summer workouts just got even more interesting. Milton was looking for an opportunity to grow his game with someone he’s already familiar with and a system he can flourish in.

This is exactly what former Michigan quarterback Joe Milton is looking for in Knoxville. Just last week, we reported that the former Wolverine had been admitted into Tennessee for the 2021 summer session and would join the football team once the semester begins in May. Milton has already gotten to know some of his new teammates, as he’s been living in Knoxville.

He will graduate in May and will enroll as a graduate transfer. This means Milton will be immediately eligible at Tennessee. Milton is familiar with Josh Heupel, as he was offered by Missouri while Heupel was serving as the OC and QB coach. 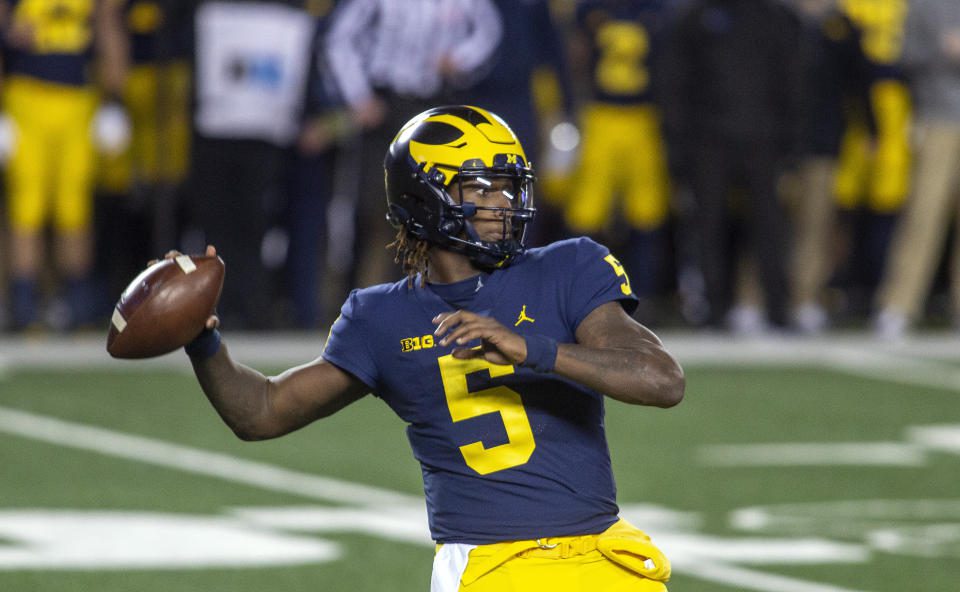 Heading into spring practice, the question for Josh Heupel was how confident he was with the current depth chart. How Heupel handles the quarterback room now will be the question, as it already consists on Brian Maurer, Hendon Hooker, Harrison Bailey and Kaidon Salter.

The former 4-star QB out of Orlando, Florida, committed to Michigan in the 2018 class. At 6-foot-5 and 225 pounds, Milton started the 2020 season for the wolverines, having a nice game against Minnesota. He ended up losing the starting position later in the season, but finished 80-141 for 1,077 yards and 4 touchdowns.

His biggest game came against Indiana where he was 18-34 for 344 yards for three touchdowns, though he did have two interceptions.

The Vols are looking for any kind of help on offense and getting Milton can only help that situation. The problem (not really bad) for Tennessee now is that they have five scholarship quarterbacks and only one will line up under center against Bowling Green.

As the summer session begins, look for Milton to start building those relationships with his new teammates and coaches, as Josh Heupel looks for his starting quarterback come Fall camp.