The Tennessee football program announced on Tuesday that they are running it back with a former season opener. The Charlotte Sports Foundation announced that Tennessee and West Virginia will open the 2028 season, presented by “Duke’s Mayo Classic”.

This matchup opened the Jeremy Pruitt era in 2018, as the Mountaineers defeated the Vols. The two teams reached an agreement to play the neutral site game, as Tennessee continues to look ahead in non-conference scheduling.

“This should be a fun showcase game for our program in a city and venue our fans enjoy visiting,” Tennessee Director of Athletics Danny White said. “Opening our season against a quality opponent like West Virginia will serve as a valuable experience for our team prior to SEC play. 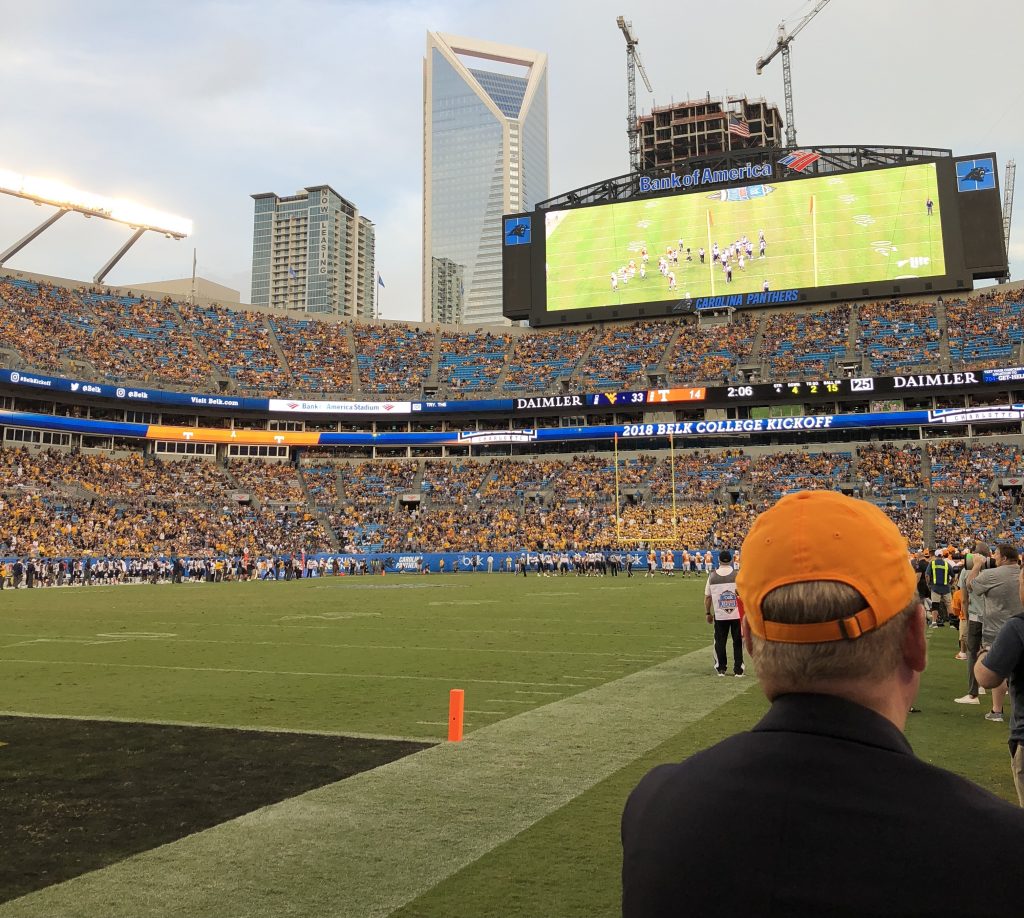 The two teams were supposed to play in the 2020 Liberty Bowl this past season, but Tennessee was forced to pull out due to Covid issues. The Vols have a home-and-home series with Pittsburgh the next two seasons and will head to BYU in 2023, for rematch. Tennessee does have a home game with Oklahoma scheduled for 2024, but we will see how that shakes out, due to them not being able to play this past season.

“We are very excited to announce that Tennessee and West Virginia will be returning to Charlotte to kick off the 2028 college football season,” said Danny Morrison, Executive Director of the Charlotte Sports Foundation. “In 2018, Charlotte hosted the first ever meeting between the two schools in football. The atmosphere surrounding the game was tremendous, with very active, supportive fan bases. We are proud to bring this marquee matchup back to the Queen City and look forward to hosting the Volunteer and Mountaineer teams and fans again in Charlotte.”

So, get your calendar set, if you do that sort of thing. The Vols and Mountaineers will meet again.