The Josh Heupel era started with the new coaching staff trying to make up ground on the recruiting trail, especially for the 2022 class. Well, on Wednesday, Heupel secured his first quarterback of the recruiting cycle. Tennessee has been steady in their recruitment of 4-Star QB Tayven Jackson, on Wednesday it paid off.

The Vols have secured the commitment of the pro-style quarterback from Greenwood, Indiana. Jackson is 6’4 and weighs around 185 pounds, though he recently told 247 sports that he’d like to get up to 205 pounds this season. 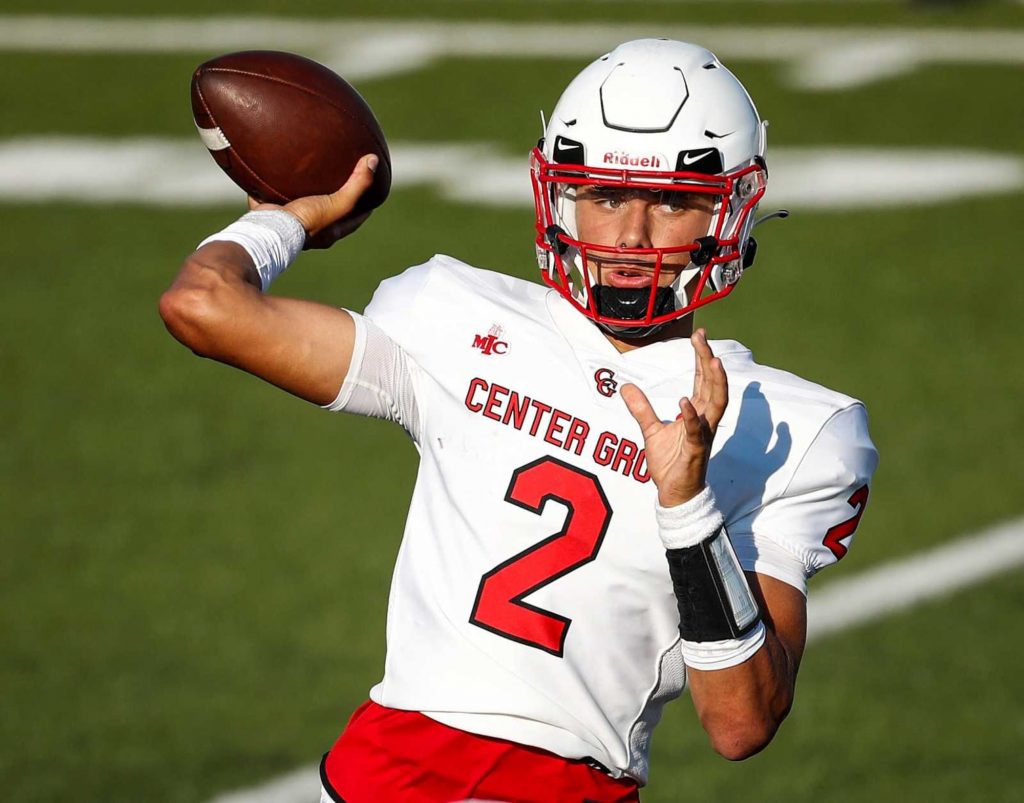 This is a very nice pickup for Josh Heupel and his staff, as they have spent a lot of time on securing the 2022 commitment. His arm strength is a huge component to his game, though he doesn’t participate in a very pass happy style offense at Center Grove high school. His progression over the summer will be something to keep an eye on, as he has lots of potential to be a immediate factor once he steps foot on a campus.

I spoke with Ryan Callahan from GoVols 247 on the commitment from Jackson.

“It’s hard to overstate the importance of a pickup like this for Tennessee. Let’s just start with the fact that Tayven Jackson is a really talented quarterback and the guy the Vols clearly wanted at that position once they offered him in late February. He’s a quarterback with more than 30 offers, and several other major programs were in the picture, so Jackson would be a nice addition for Tennessee at the quarterback position in any year.

“When you take into account everything Tennessee has dealt with over the past few months and the fact that Josh Heupel’s staff hasn’t gotten a chance to host any visitors to this point because of the dead period, this is just a massive victory for the Vols. Jackson might turn out to be one of the centerpieces of Heupel’s first class at Tennessee, and the Vols are hoping he can be their quarterback of the future”, Callahan added.

It’s all about fit and what Heupel is trying to accomplish at the quarterback position. Ryan Callahan says Jackson could be the huge recruit the staff thinks could really jumpstart things in Knoxville.

“On the field, Jackson looks like a good fit for what Tennessee wants to do on offense under Heupel. He’s rated as a pro-style guy because he hasn’t rushed for a lot of yards in high school and that’s not a huge part of his game, but he’s still a good athlete who can run a little bit and more often uses his legs to help him make throws. I think he has a lot of potential, and we could look back on this as a huge recruiting win that really got things started for Heupel’s staff.”

This is the first big step for the Vols offensive recruiting, as Tennessee and Josh Heupel needed a nice splash on the recruiting trail. On Wednesday, they got one.