Tennessee came out of Spring practice looking to fill a few spots on defense that could bring immediate impact for the 2021 season. On Thursday, they filled one of those needs, as USC transfer Caleb Tremblay is heading to Knoxville. He will join former USC teammates Chase McGrath and Velus Jones Jr., who will play a key role for the Vols. 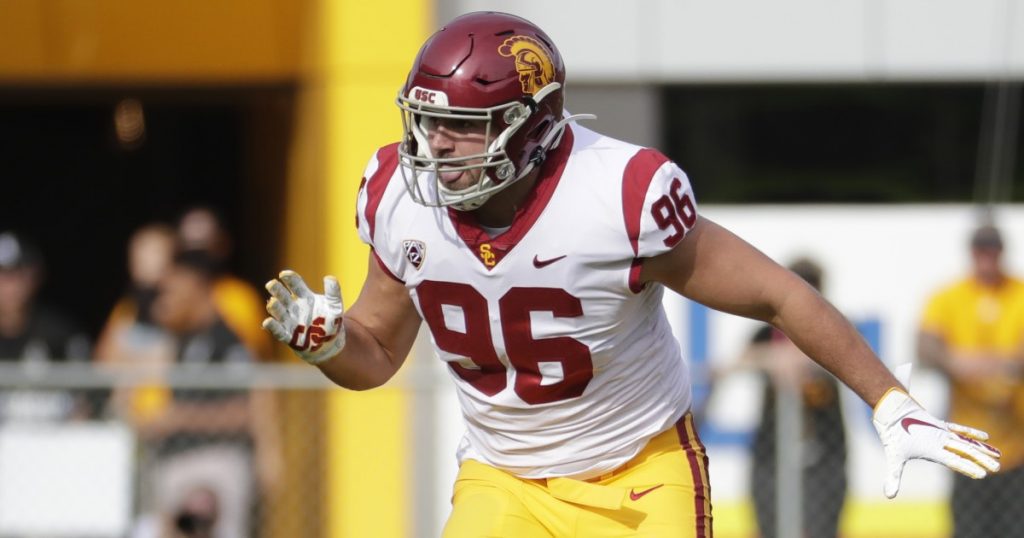 Tremblay appeared in four games for USC in 2020, becoming a frequent contributor along the defensive line. Caleb was a player the Trojans were counting on for the upcoming season, before deciding to play his final year elsewhere.

The Vols need all the help they can get in the pass rush and Tremblay should be able to bring help immediately to that spot. Having Rodney Garner be able to coach him up over the next season will only take his game to a higher level. Also, it doesn’t hurt to have depth at on the line of scrimmage, which Caleb brings.

This will turn out to be a great addition for Tennessee if they can get the most out of Tremblay, especially getting pressure on the QB. The Vols needed the help and they just got it.

Handje Tamba Discusses Decision To Reclassify And Play For Tennessee