The Tennessee football program has been frequent visitors to the transfer portal recently, on Wednesday it paid off again. Former Mississippi State WR JaVonta Payton has committed to play for Josh Heupel and the Vols, as he announced on his Twitter and Instagram page.

I was always meant to be home 🤧🍊 #vols pic.twitter.com/esB4GaAa6L

The wide receiver from Nashville had 19 catches for 225 yards and 1 touchdown in 2020. The 6’2, 172 pound receiver entered the portal on April 20th, where he was looking to find a new home that needed a speedster. Well, the Vols snagged one, 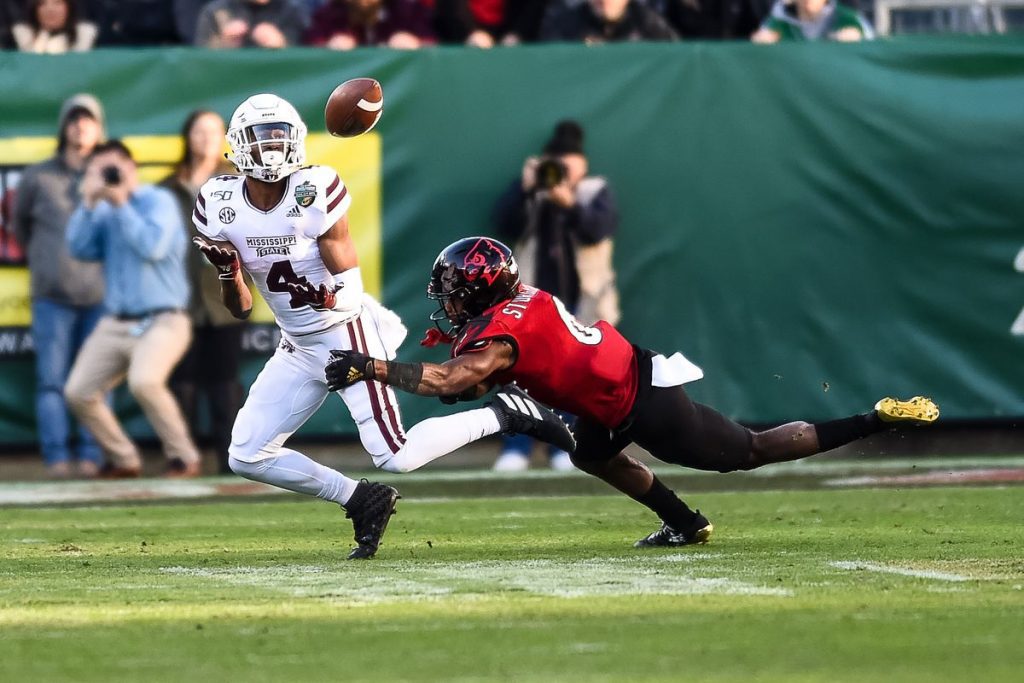 Payton caught two passes for 29 yards in the Bulldogs spring game just recently, three days later the senior entered the portal. According to multiple people, Tennessee was still looking for a transfer wide receiver, but weren’t just going to take one for the heck of it.

The addition of JaVonta will give the Vols the veteran speed it needs at the slot position. He appeared in 22 games for the Bulldogs, with 5 starts. This should be a welcomed sign for WR coach Kodi Burns, who now has one more receiver to plug into the lineup.

JaVonta should give the Vols multiple options across the middle and be able to spread things open down the field, especially with his 4.4 speed. Look for whoever is playing quarterback to benefit greatly from Payton’s ability to get open.

The Tennessee coaching staff has pulled another player who could help tremendously out of the portal.

Tony Vitello And The Vols Are Keeping it Loose In Omaha

Tony Vitello And The Vols Are Keeping it Loose In Omaha

Neyland Stadium Will Be At 100% Capacity This Fall

What Tennessee Is Getting In 2022 3-Star RB Dylan Sampson