Things got off to a slow start for Tennessee at the SEC Tournament in Hoover on Wednesday, as the Vols looked to advance in the winner’s bracket.

Will Heflin got the start for Tennessee against Alabama, where he pitched 5 innings, giving up 2 runs on 4 hits. “That was a classic grind it out, SEC Game”, Heflin said during his postgame press conference. He also added, “I am not an umpire”, when referencing the 9th inning play.

“We have Chad Dallas on the bump, I think you’ll see a determined team”, Heflin added about Thursday’s matchup against Mississippi State. 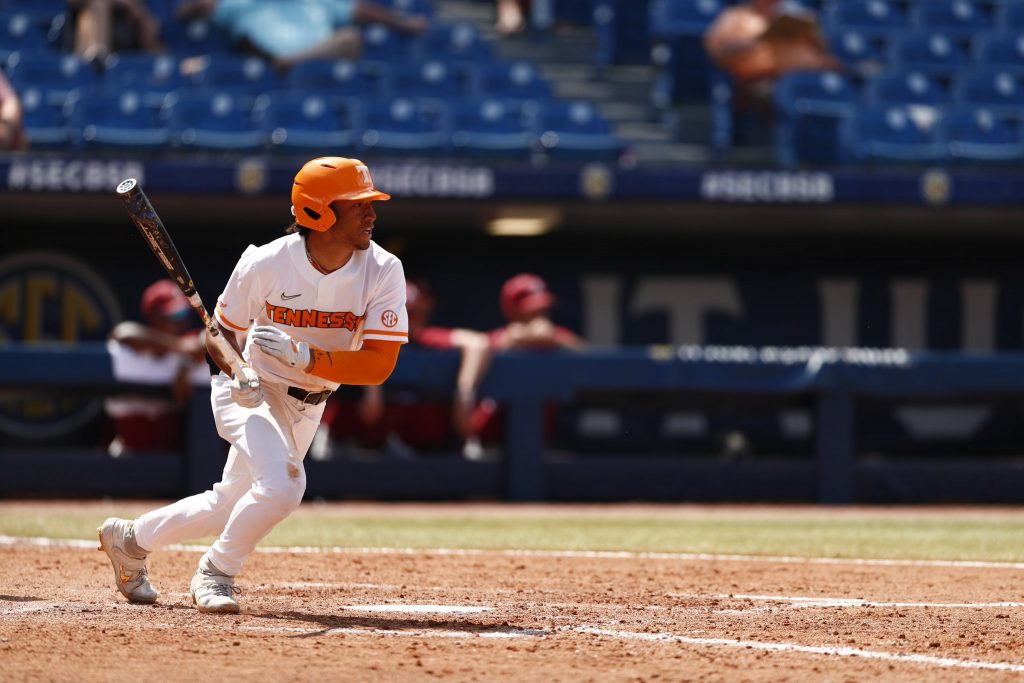 The Vols struggled for a good portion of the game to get anything going at the plate, even though they finished with 10 hits. As Alabama took a 2-0 lead into the 7th inning, Tennessee was looking to finally get on the board.

Thanks to Luc Lipcius and Jordan Beck reaching base on a few fielding errors, the Vols were in business. Connor Pavolony and Liam Spence both had RBI-Singles, which tied the game up 2-2, as the Vols still had two men on base. After leaving those runners on base, Tennessee headed to the 8th inning, with the game tied and momentum. 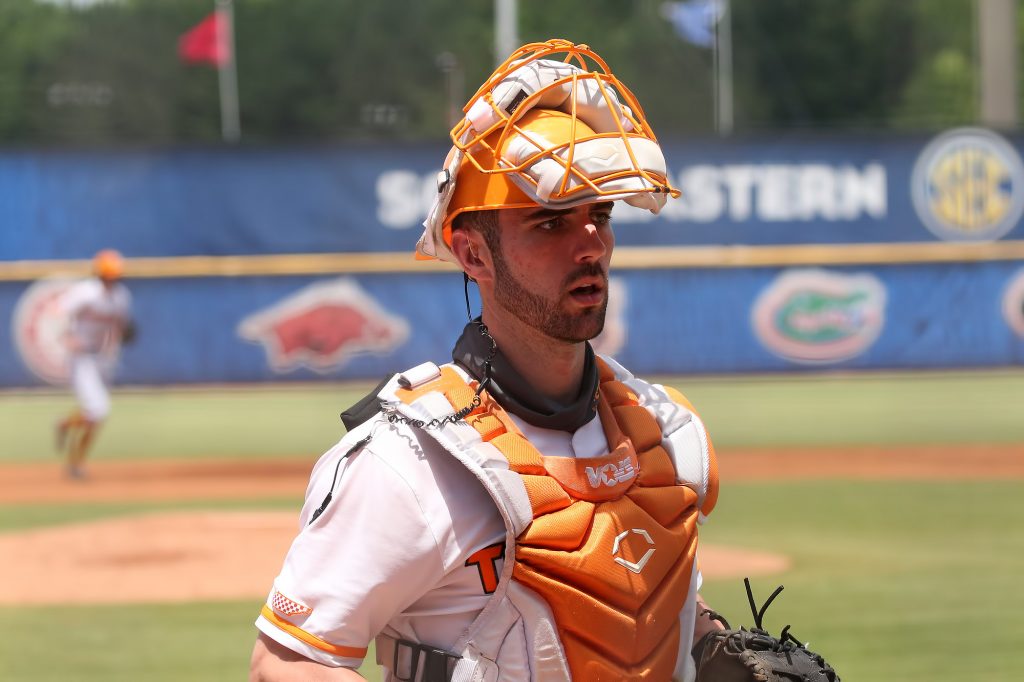 I don’t imagine anybody watching the game was expecting what we got in the bottom of the 9th inning, as the Vols were looking to walk it off.

Christian Scott started off the inning with a single, which was his 4th SEC at-bat. He was followed by a Connor Pavolony single to left center and Max Ferguson being walked, giving the Vols an opportunity to grab the win, off the bat of Jake Rucker.

With the count at 0-1, Rucker grounded into a potential double play, but as Max Ferguson was sliding into 2nd base, while the winning run was heading home, the umpire called interference on Ferguson. It was a wild scene, as Tennessee players rushed out of the dugout, thinking they had won the game.

This is wild. Umpire calls this interference off the hand touching the fielder.

The inning was over and Tennessee players trotted back towards the dugout, having to play on. Tony Vitello immediately ran towards the umpire, knowing he saw the official call Ferguson for the interference. In his postgame press conference, when asked about what the umpire said, Vitello still sounded frustrated.

“He said he got hit in the nuts. That’s all I got on that situation, man.”

Alabama went on to score a run in the 11th inning and the Vols couldn’t muster anything with their final at-bat. After thinking they had won it in the 9th, Tennessee players must prepare for a breakfast matchup with Mississippi State.

The Vols must regroup now and get ready for the Bulldogs, especially if they don’t want to be back in Knoxville by Thursday night.

It’s postseason baseball, anything can happen, as we saw today.