Its been over 14 years since Tennessee had won an SEC Tournament game in Hoover, but that streak finally came to an end on Thursday.

The Vols blasted the No. 3-seeded Mississippi State Bulldogs 12-2, in the losers side of the bracket. It wasn’t just the final score, it was that for the second consecutive day, the Bulldogs were run-ruled. The Vols got things started in the 2nd inning, as they took a 4-0 lead. Thanks to a 3-run homer from Pete Derkay and an RBI-Single from Liam Spence, the Vols were getting comfortable.

Tennessee added two more runs in the 5th inning, thanks to a Jordan Beck bomb to right field and RBI-single from Drew Gilbert. It was 5-1 Vols, and Chad Dallas was feeling it on the mound, thanks in part to his defense. Dallas ended up pitching almost 7 innings, but was relieved by Redmond Walsh. 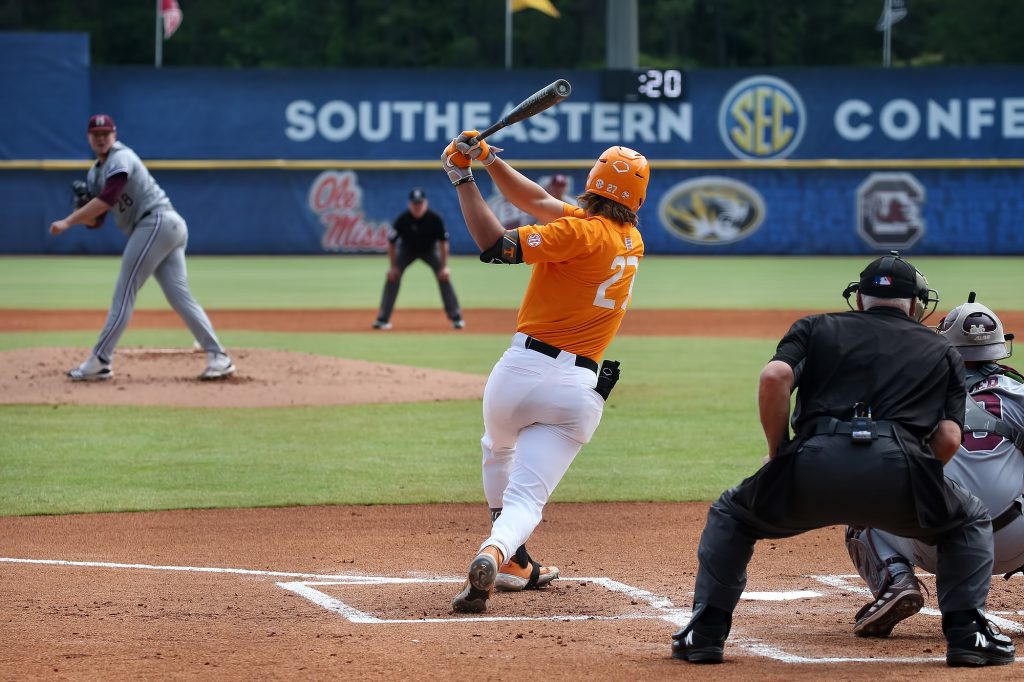 After struggling recently to get on base, Liam Spence went 3-4, with 1 RBI, which had to please Tony Vitello. Max Ferguson went 3-5, with 3 RBI’s, giving the Vols much needed separation later in the game.

This was one of those games where it felt like Tennessee was taking out their frustrations from Wednesday’s outing against Alabama. The Vols ended up in a great position, especially not having to use many pitchers, which will come in handy Friday.

It turned out to be an offensive breakout that got them back to the hotel early and gives them 24 hours to rest up, before hitting the field again. 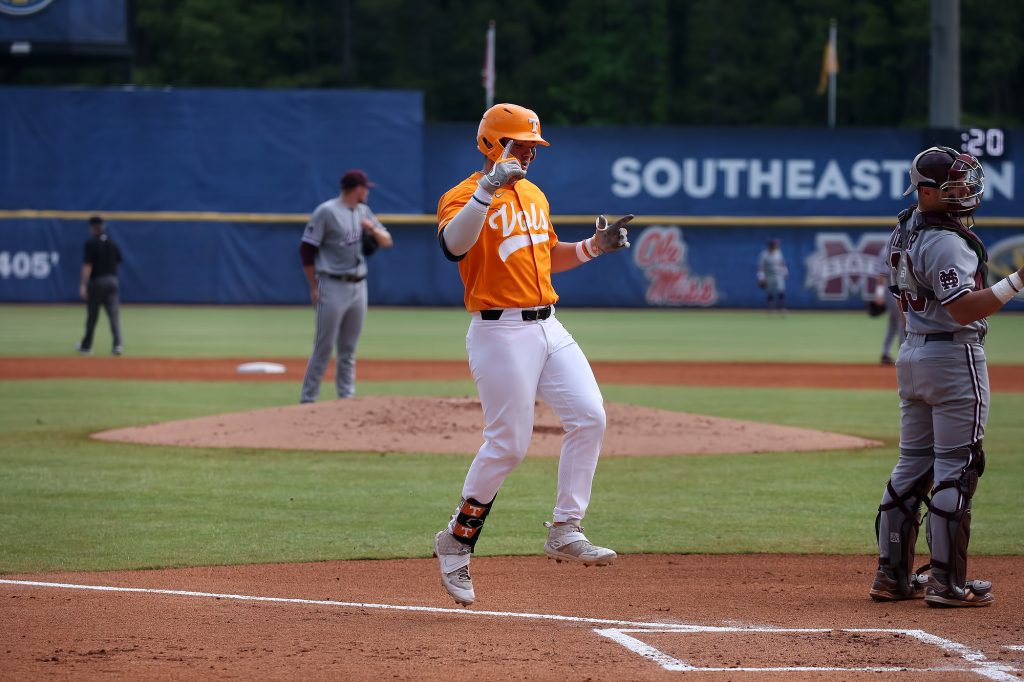 Tennessee needed to break the SEC Tournament streak, as it was long overdue. So, now the Vols can focus on extending their stay in Hoover, for at least a few more days.

The Vols will play the loser of the Alabama vs Florida game, at 4pm ET time.