It was another performance to remember for the Tennessee Vols, as they battled through nine innings of tough baseball on Saturday.

The Vols had Camden Sewell on the mound to start the semifinal game, not knowing how far he could take them. It was pitching and defense that led Tennessee on Saturday, making the Gators extremely uncomfortable for most of the game. 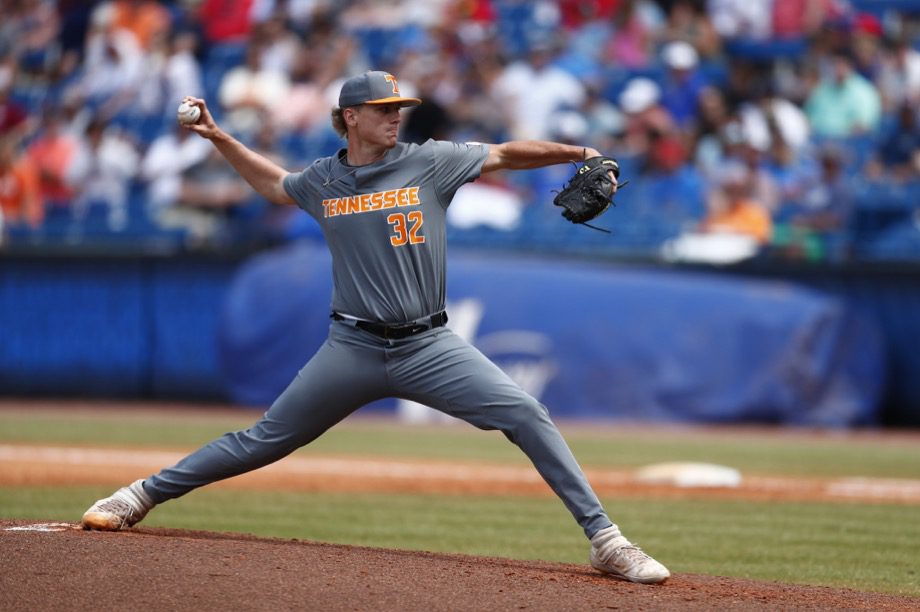 It might not have been the high powered offense that fans have seen in the past two outings, but the Vols got enough done at the plate. In the 3rd inning, Evan Russell singled through the left side of the field and Liam Spence came running home, giving the Vols a 1-0 lead.

Additional help came in the 4th, as Jordan Beck tagged an RBI-double and then ended up scoring on a wild pitch later in the inning. The Vols were leading 3-0 and getting a monster performance from Camden Sewell on the mound.

Sewell, who hadn’t really gone further than 3 innings for most of his career, ended up pitching six innings on Saturday. Camden finished the game with 6 K’s, only giving up 2 hits. The Vols have only given up 5 runs in the previous three games of the tournament. 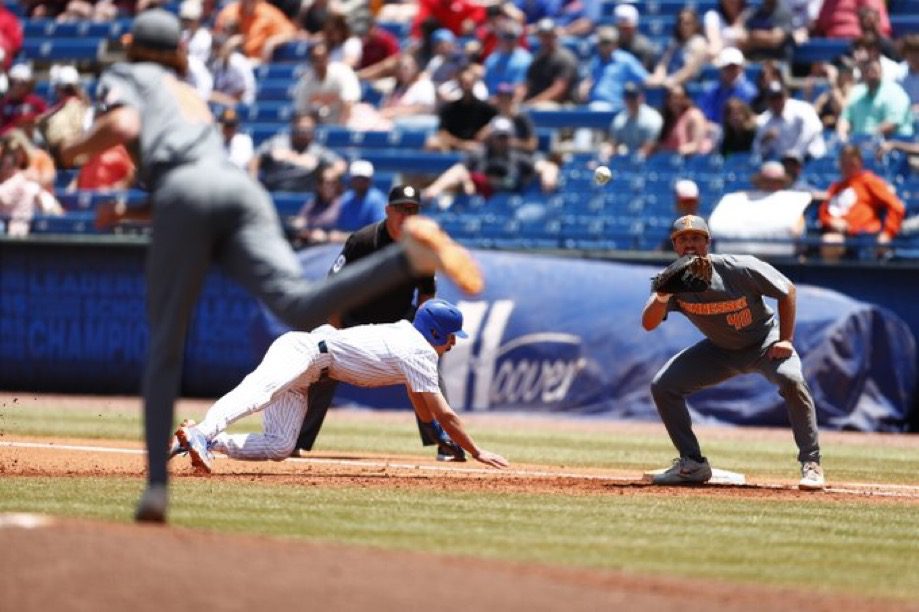 Just to give them enough cushion for the final few innings, Drew Gilbert hit an RBI-single in the 7th inning, bringing home Liam Spence and giving the Vols a 4-0 lead.

Trying to finish off the Gators, the Vols went to Redmond Walsh and Sean Hunley. These two ended up only giving up 2 hits, definitely getting some help from their defense.

As the 9th inning approached, the Vols were looking to hold onto that lead, even when the Gators decided to make things interesting at their last at-bat.

Florida had two runners on, with 0 outs in the 9th, but Jake Rucker ended up pulling off a double play. On the final out, Florida flied out to center field and the Vols put the final nail in the coffin on the semifinals.

This team continues to show why they are dangerous, as that definitely wasn’t the plan to let Camden Sewell pitch six innings on Saturday. Just like it wasn’t the plan for Tennessee to run-rule their previous two opponents, they can beat you in many different ways.

For the first time since 1995, Tennessee will play for an SEC Tournament championship, after winning three straight games this week in dominating fashion.

Just another week for Vols baseball.