As the Vols got out to an early lead, thanks to Drew Gilbert’s RBI-Single in the 1st inning, giving Tennessee fans a reason to cheer. Unfortunately for the Vols, it would take almost 6 more innings for them to score.

Will Heflin got the start for the Vols on Sunday, he ended up pitching just over 4 innings, giving up three runs, on 4 hits. Thanks to a 3-run fifth inning, his day was cut short at 58 total pitches. Tennessee was going to use multiple pitchers on Sunday, so the pitch count wasn’t surprising. 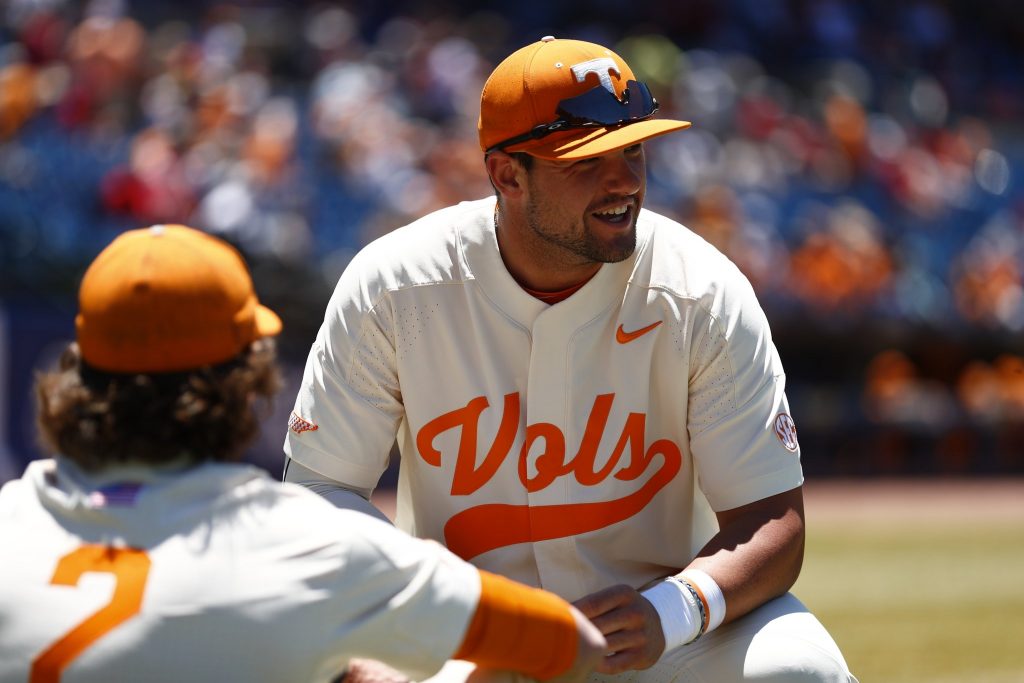 The Vols struggled to get any kind of momentum going on Sunday, as they left 8 runners on base. They had a few opportunities to get runners in scoring position, but failed to advance at least 4.

Pete Derkay did his best to keep his team in the game, especially in the bottom 7th, as he hit a rocket to right field, bringing the Vols within 4-2. Unfortunately, Tennessee couldn’t capitalize off the momentum, as the next two out of four batters struck out, with Jake Rucker flying out to end the inning.

Arkansas pitcher Kevin Kopps wasn’t giving much up after that home run and helped the Hogs cruise the rest of the way to victory. Tony Vitello discussed the environment postgame, thanking Tennessee fans for coming out. 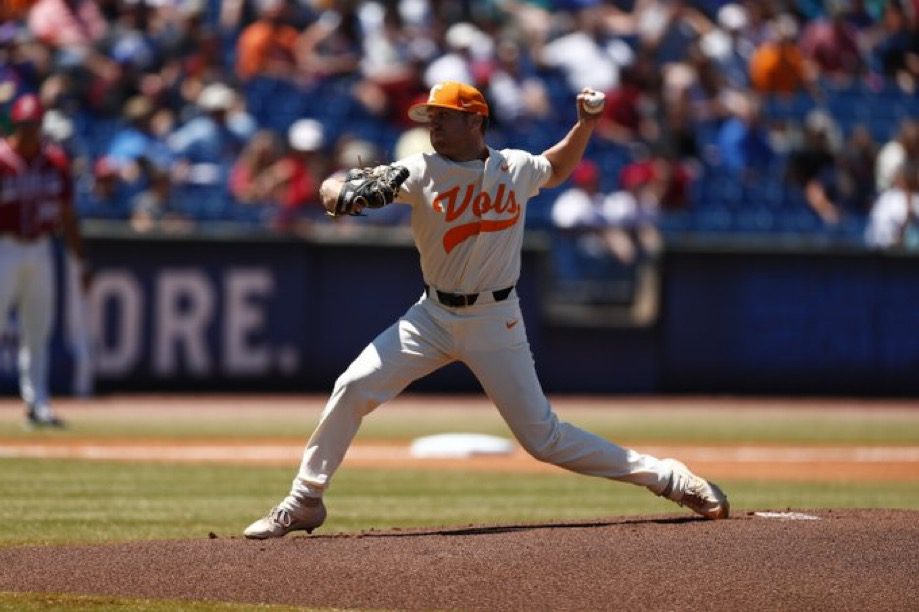 This wasn’t a lost week for Tennessee, as most baseball experts think they might’ve moved up to the #2 national seed, with their performance in Hoover. This will have Tennessee hosting the NCAA Regional and Super Regional, if they advance that far.

But Tennessee showed their strength this week in many ways. On Sunday, they just ran into a few problems, which can be solved. The Vols will have an opportunity to leave their mark on the NCAA Tournament now, as they prepare for three other teams to descend upon Knoxville.

It’s time for the NCAA Tournament and as Jake Rucker said postgame, it’s time to focus on what lies ahead.