One of Tennessee’s promising receivers going into spring workouts is no longer part of the football team. According to sources, Malachi Wideman is not a member of the team and hasn’t been around the program since players returned in early June. A Tennessee spokesman confirmed the news. 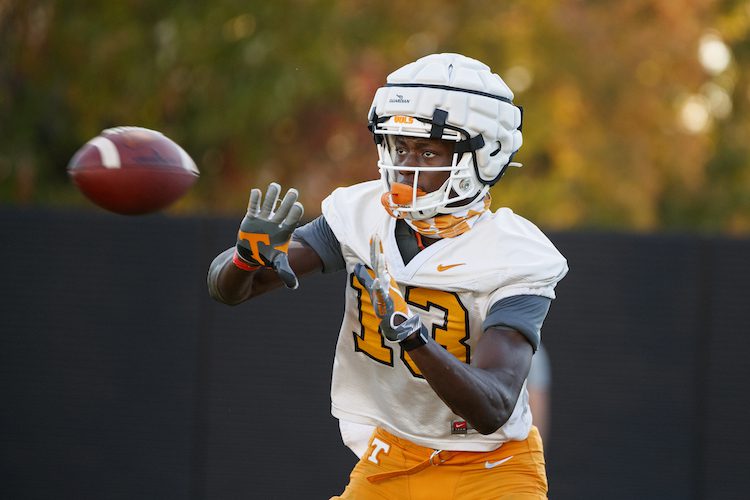 The promising receiver, recruited by the former Tennessee staff, only participated in a limited number of practices in the spring. This past fall wasn’t kind to many football players, including Wideman, who missed time due to covid and had to work himself back into playing shape, after a few setbacks.

The 4-star receiver out of Florida had an opportunity to be a leading candidate to crack the wide receiver rotation, under new position coach Kodi Burns. Unfortunate for Wideman, he barely participated in spring practice, due to injury and also off-field issues.

Malachi played in six games during his freshman season, but only caught one pass. He is not currently in the transfer portal.