Tennessee’s John Fulkerson underwent surgery on his wrist Wednesday morning, according to spokesman Tom Satkowiak. The 6th year senior fractured his left wrist a few weeks ago while back home, but did not understand the extent of his injury until recently, according to Satkowiak.

Fulkerson will miss up to six weeks with the injury. He is expected to make a full recovery. It was a nice surprise for Rick Barnes and his staff when Fulkerson announced he would be taking advantage of the covid year, which allowed him an extra year of eligibility, and returned to Tennessee for a 6th year. 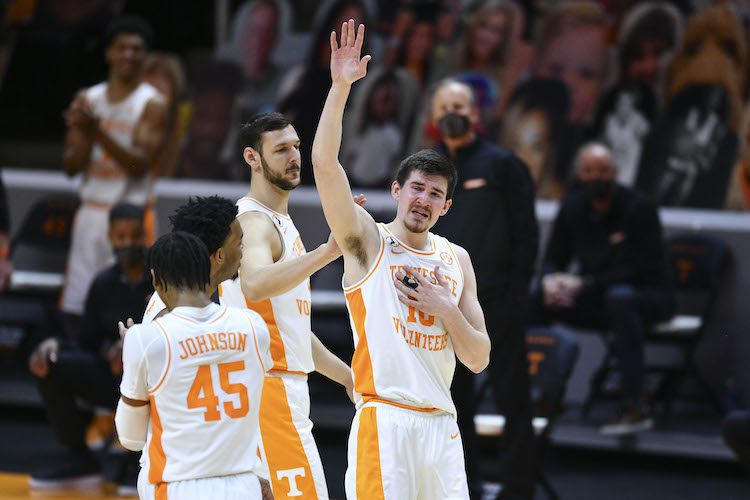 His season was ended during the SEC Tournament, after suffering a brutal elbow to the head from Florida’s Omar Payne. There was speculation that he might decide to turn pro, especially after the emotional send-off during his final home game of the season. But, after not being able to remember his last game, due to the concussion and other factors, he announced he would make one more run with the Vols.

The upcoming team is a mixture of veterans and highly touted newcomers, with Fulkerson being looked upon as a team leader. This team will have the opportunity to make another run in March, this time with Fulkerson.