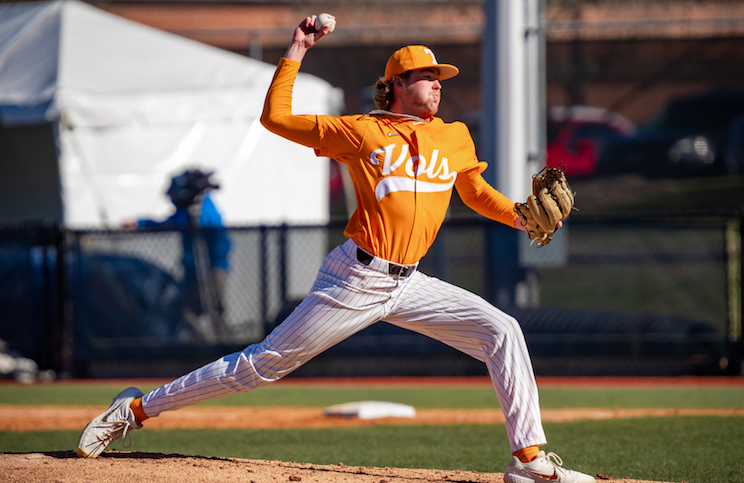 Tennessee baseball pitcher Camden Sewell was talking to the media in the spring of his freshman season. The Cleveland, Tennessee native was on his way to posting a 4-1 record and 2.18 ERA in the Vols’ resurgent 2019 season.

The right-handed pitcher was asked what it meant to him being a part of the Vols’ strong season as an in-state product. Sewell talked about how coming to Tennessee was a dream come true, but then he let the beans slip, he grew up a Florida fan.

Sewell’s Florida fandom was apparently even deeper than the freshman let on. After committing to Tennessee baseball in the fall of his junior year at Cleveland High School, Sewell replaced his Florida house key and all of his Florida gear.

“The next morning I went to wake him up and his (Florida) sheets were gone,” Camden’s mom Dixie told WATE Knoxville’s Tim Owens. “My son said he wouldn’t sleep on them because they were Florida sheets so he literally bagged up everything he had in huge trash bags and got rid of them. He was all in from the beginning.”

Tennessee head coach Tony Vitello and the rest of Vol nation sure are happy Sewell decided to stay instate.

Sewell was one of Tennessee’s most reliable bullpen arms and made one start coming, ironically, against Florida in the SEC Tournament semifinals where he allowed just two hits and no runs in six innings pitched.

The junior bolsters a nasty two-seam fastball and a strong slider that has allowed him to be effective without overpowering velocity.

Tennessee is hoping for one more year of Sewell on the mound and the Tennessee native will be one to watch in next week’s MLB Draft. The junior’s strong close to the season puts him in a strong chance to get drafted and to begin his professional career.

If Sewell elects for one more season of college baseball, he’ll have a strong chance to improve his stock as a weekend starter.