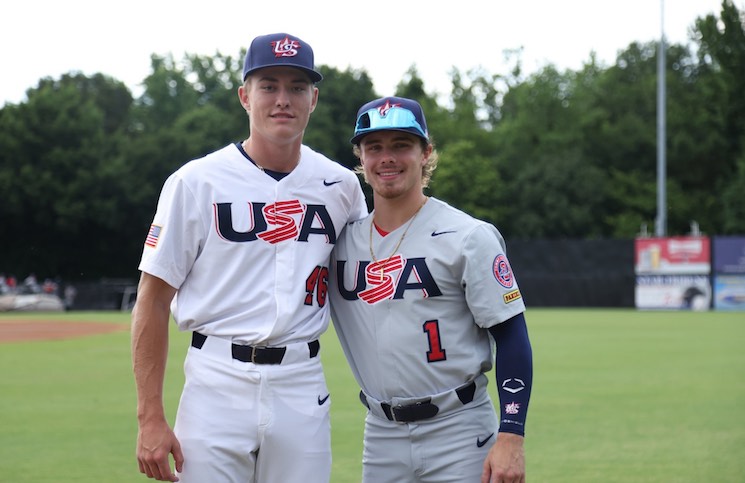 Tennessee baseball’s Drew Gilbert and Blade Tidwell are participating in Team USA Collegiate Baseball scrimmages this summer at locations across the Appalachian.

The Tennessee duo are two of 46 collegiate underclassmen participating in 11 intrasquad scrimmages and three scrimmages against professional players.

Gilbert has impressed in the first six scrimmages playing on the Stripes Team. Hitting in the leadoff spot in four games, the Tennessee outfielder is hitting 7-of-20 with two RBIs. Gilbert impressed in a big way in game two, hitting 2-for-4.

The Vols’ cleanup hitter hit .274 with 10 home runs and a team high 62 RBIs in his sophomore season.

The Loretto, Tennessee native earned Freshman All American honors this season as a weekend starter for the Vols. Tidwell posted a 10-3 record and 3.74 ERA while striking out 90 batters.

Florida, LSU, Ole Miss and Arkansas are the only other SEC schools with multiple players in the event.

The next two scrimmages of the event will come July 9 and July 10 at Elizabethton’s Riverside Park and Kingsport’s Hunter Wright Stadium.

When the scrimmages end, Gilbert will join Jordan Beck in the Cape Cod League playing for the Harwich Mariners.