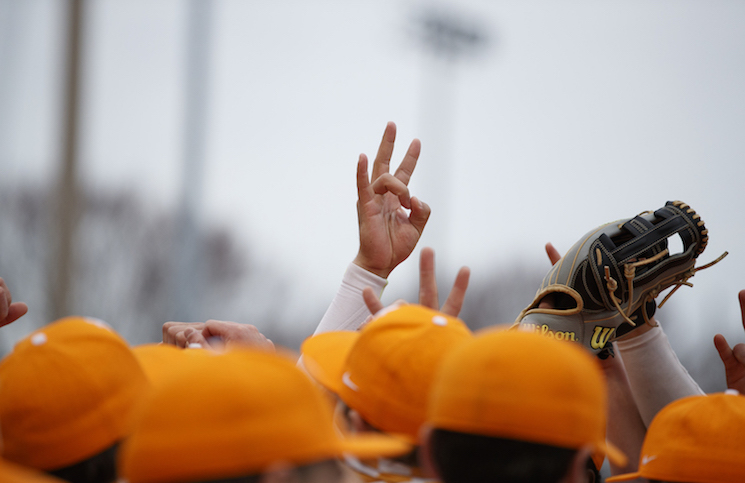 Georgia Southern pitcher Chase Dollander is transferring to Tennessee, the freshman announced on his Instagram Tuesday.

“It just felt like home to me when I was in Knoxville,” Dollander told Rocky Top Insider Tuesday. “Knoxville just felt like it was the place to be and my gut was telling me to go there so that’s why I picked it. You can’t go wrong with the coaching staff there, they’re all really good coaches. I just know that I’m going to be able to get better and hopefully get drafted in that first round.”

The 6-foot-3 transfer was able to build a relationship with head coach Tony Vitello and pitching coach Frank Anderson, who he’s stayed in contact with since his visit to Knoxville on June 30 through July 2.

“Our relationship is great,” Dollander said of Vitello. “We’ve just stayed in touch throughout this whole process and our relationship has really grown since I was there. He’s really kept me updated on who’s been drafted and who he’s trying to get.”

The right handed pitcher was highly sought after in the transfer market but decided Tennessee was the spot for him following visits to Knoxville, Arkansas and Texas Tech in the last three weeks.

The Evans, Georgia native bolsters a mid 90s fastball and a sharp slider.

Both pitches were on full display when he faced Tennessee in his first collegiate start in February. Dollander struck out eight batters while allowing just one run in 5.1 innings pitched.

While Tennessee and Dollander didn’t discuss a set role for him next spring, the right handed pitcher plans to put in the work to be in the Vols’ weekend rotation.

“I would say it’s pretty open,” Dollander said on what his role would be. “Obviously no role is guaranteed. I obviously have to go in and work like I would at any place but I’m hoping to be in the weekend rotation. That’s where I plan to be and I’m going to work hard to do it.”

Dollander originally planned to play for the Bourne Braves this summer in the Cape Code league. Instead, the talented transfer decided to take visits and focus on his body before heading to school in the fall.

Dollander joins a talented pitching staff that included Blade Tidwell, Camden Sewell and incoming freshman Chase Burns. While Tennessee will likely have some growing pains at the plate next season, they should have a pitching staff that could carry them through.