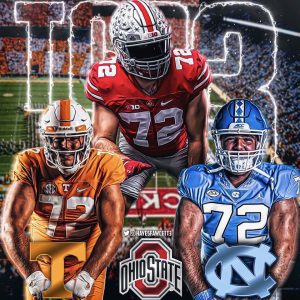 Four-star offensive lineman Addison Nichols has released his Top 3 finalists for his recruitment, and the Tennessee Volunteers have made the list.

Nichols also listed the Ohio State Buckeyes and the North Carolina Tar Heels in his top three which was posted to Twitter on Wednesday.

A native of Norcross, GA, Nichols stands at 6-foot-5 and weighs in at 318-pounds. He is currently the third-ranked interior offensive lineman in the class of 2022.

Nichols is a target in the class who could make a difference for Tennessee in a short amount of time. 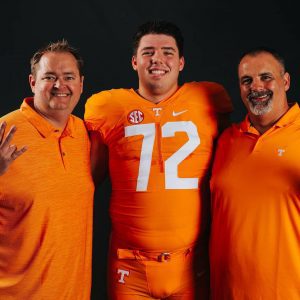 For Tennessee to make Nichols’ top three list is impressive though. The four-star prospect has received 30 scholarship offers to date.

But his list goes far beyond the SEC, and further into the Top 25 as well.

Teams such as Clemson, Ohio State, Oklahoma, Michigan, and Penn State have all extended an offer to Nichols.

Nichols took five official visits in the month of June during his recruitment. He first went to Georgia on June 4, then over to Florida on June 11. Nichols followed that with a trip to Ohio State on June 14, then headed south to Tennessee on June 18. He ended his month with a visit to USC on June 25.

It is also worth noting that Nichols did take an unofficial visit to North Carolina on June 9.

Not to mention, Nichols was a 2022 Adidas All-American Bowl roster selection, as well.

The four-star offensive lineman does carry a range of athletic ability, though. According to his Twitter profile, Nichols is a second-degree black belt and is on his high school golf team at Greater Atlanta Christian School.

Addison Nichols does have one Crystal Ball prediction to Tennessee, as it is the only prediction that has currently been made on 247 Sports.