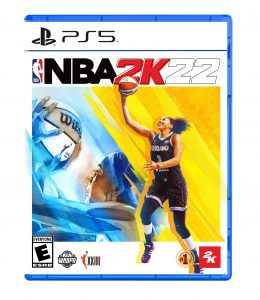 Candace Parker has been a trailblazer her whole career, and while she has many impressive accomplishments under her belt, she will now make history once again as she will be the first female athlete to grace the cover of the iconic NBA 2K video game franchise.

The six-time all-star has been nothing less than revolutionary to the sport of basketball. That includes both men’s and women’s hoops, as well.

The Chicago Sky forward hasn’t only found her path on the court though. Parker has recently transitioned into TV commentary roles as well.

Parker, Tennessee basketball’s first-ever NBA 2K cover athlete, spent 13 years with the Los Angeles Sparks before she started her first year with the Sky in 2021. But during that transition, Parker routinely impressed basketball fans everywhere with her commentary on TNT.

Who could forget this iconic moment, either?

"take that surprise out your voice, Shaq" pic.twitter.com/N2B1pBYEeV

“Take the surprise out of your voice, Shaq,” Parker calmly responded to the giant after he was taken back by her award.

Parker’s time at Tennessee was nothing short of unforgettable. During her three years with the Lady Vols, Parker averaged more than 19 points per game in her career. 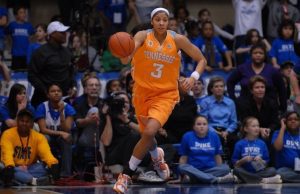 Parker was the Naismith College Player of the Year and the AP Female Athlete of the Year in 2008. Not to mention, Parker is also a two-time NCAA Champion, of course.

In the WNBA, Parker has accumulated a laundry list of accomplishments during her career.