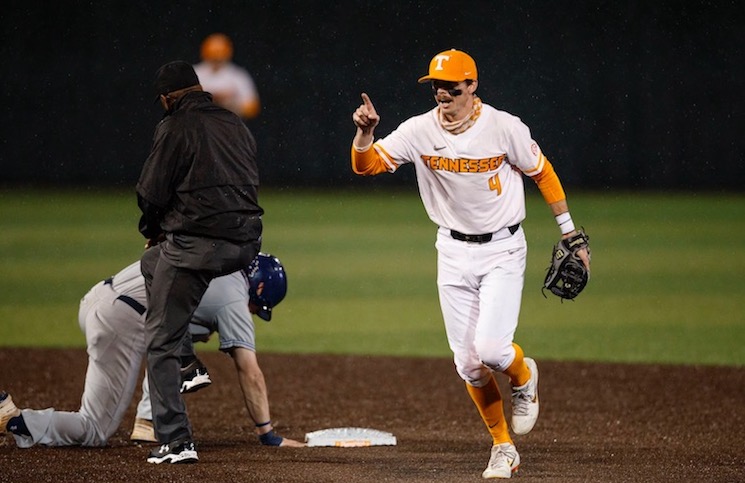 The Cubs selected Spence with the 154th overall pick in the fifth round of the 2021 MLB Draft Monday.

Spence impressed in the shortened 2020 season— his first in Knoxville— but broke onto the scene in a big way in 2021, earning First Team All SEC honors.

Tennessee signed the Central Arizona College transfer due to his defensive prowess, but Spence’s development into one of the SEC’s best hitters was invaluable to the 2021 Vols.

Spence started the season with a 50 on-base streak that reached 53 going back to the 2020 season.

The Geelong, Australia native’s departure leaves a hole in the middle of Tennessee’s defense that will be hard to replace.

The Tampa Bay Rays drafted one of Spence’s potential replacements— Ryan Spikes— in the third round of the MLB Draft. The prep shortstop is yet to sign.

Other potential replacements for Spence include current Vols Logan Steenstra and Jorel Ortega as well as incoming infielders Seth Stephenson and Christian Moore.

Spence won’t be the only Vol infielder Tony Vitello has to replace as Jake Rucker and Max Ferguson were both selected in the first five rounds.