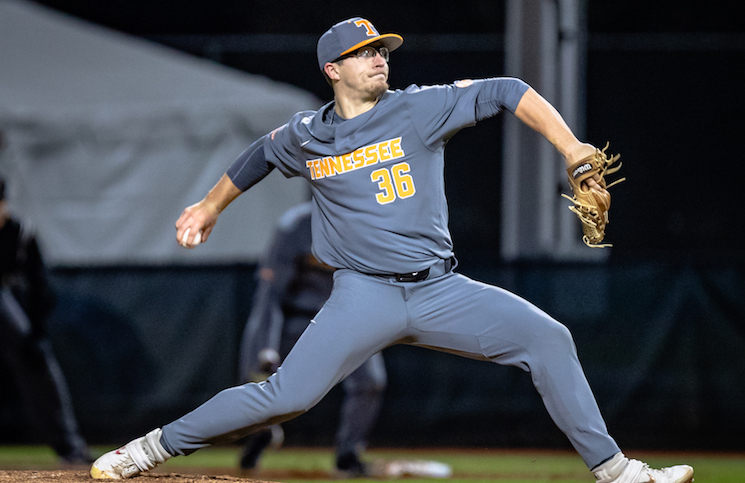 Tennessee baseball pitcher Chad Dallas has signed with the Toronto Blue Jays after being drafted in the fourth round with the 121st pick in the 2021 MLB Draft.

Dallas arrived in Knoxville in the fall of 2019 as a junior college transfer from Texas’ Panola College. Filling in for an injured Garrett Crochet as the Vols’ Friday night starter in the shortened 2020 season, Dallas posted a 3-0 record and 2.53 ERA.

In 2021, Dallas earned the Friday night starter spot to open the season and never looked back. The redshirt junior posted an 11-2 record and 4.19 ERA in 103 innings pitched. Dallas earned his 10th win against Mississippi State in the SEC Tournament, becoming the first Vol pitcher to win 10 games since 2005.

Dallas was often fantastic in big games, allowing two runs in seven innings against Vanderbilt and one run in six innings against LSU in game one of the Knoxville Super Regional.

Tony Vitello frequently praised Dallas’ toughness and his ability to lead the Vols into battle every series. Consistency was perhaps Dallas’ best trait, pitching at least six innings in all but two SEC starts.

The 5-foot-11, 206 pound right hander bolsters a low to mid 90s fastball, a strong cutter and a curveball that he consistently throws for strikes.