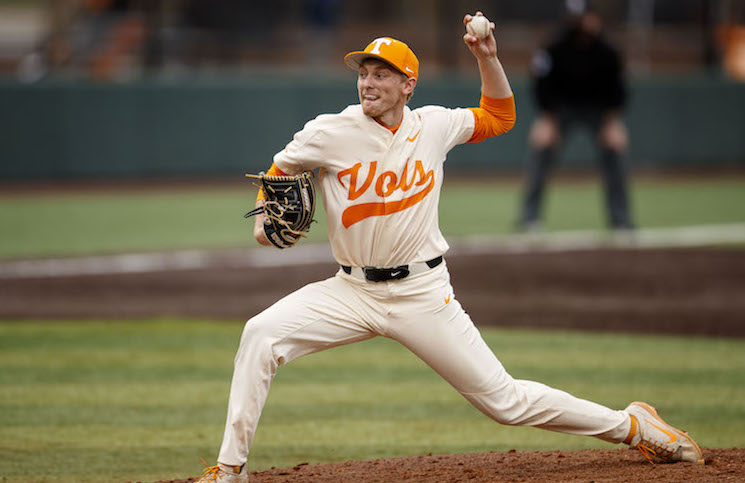 Both players are able to return for another season due to the NCAA’s COVID-19 eligibility relief that gave every college baseball player in 2020 an extra year of eligibility due to the season being cut short.

Walsh, a left-handed relief pitcher, will begin his fifth season as a Vol next spring.

“Redmond is 100% in,” Vitello said Wednesday. “It was a scene that’s hard to recreate with words but when the younger guys saw that— because he was in limbo a little bit. When you get older you have to start making adult decisions. The younger guys were elated when they saw that’s what was going to happen when he stood up in a meeting.”

The Alcoa, Tennessee native has been one of the Vols most reliable relievers since Vitello took over. In 2019, Walsh posted a 1.38 ERA while recording nine saves as the Vols’ primary closer.

That role passed to Sean Hunley after Walsh struggled to open SEC play in 2021. After dropping the cutter he was trying to develop, Walsh’s elite changeup and reliable pitching returned. The soft throwing lefty posted a 2.52 ERA and five saves in 39.1 innings. 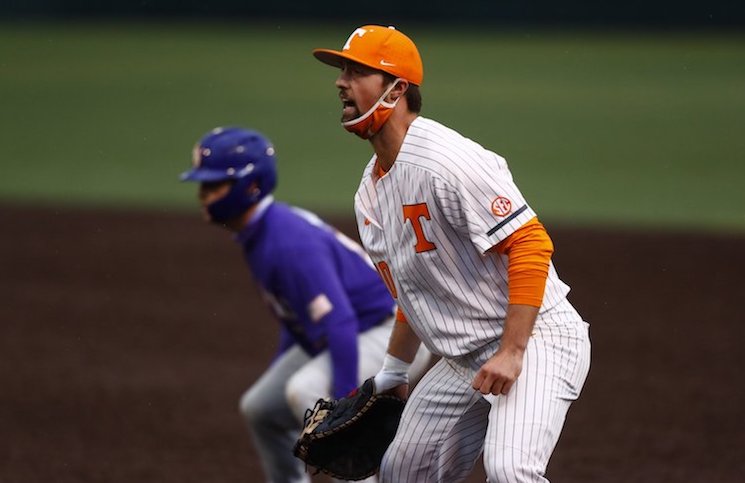 Lipcius is returning for his sixth season at Tennessee in 2022. The first baseman dealt with injuries for much of his first three years in Knoxville but turned in a strong season after staying healthy this season.

“Luc is 100% in academically,” Vitello said. “Put everything in order. He’s already prepping things. Redmond will certainly be a leader but Evan Russell and Luc Lipcius— I’ve already kind of teased them a little bit— every little competition we have or the fall World Series they’ll be two different teams and split up. We’ll see who the better ‘captain’ is.”

Luc’s twin brother, Andre, was a star third baseman for Tennessee from 2017-19 before being selected in the MLB Draft.

The 6-foot-2 left hander is also a strong defender having been named an ABCA/Rawlings Gold Glove Finalist in 2021 with reliable play.

Lipcius returns to Tennessee for a final season after going undrafted in the 20-round 2021 MLB Draft.

The first baseman’s return gives Tennessee some stability in an infield that is losing four starters in Max Ferguson, Liam Spence, Jake Rucker and Connor Pavolony.

The duo joins Evan Russell as 2021 seniors taking advantage of the NCAA’s eligibility relief. The trio should provide leadership and experience to a retooled Tennessee roster that is full of talent.

“The most important thing with that are guys like him (Russell) and Luc will be available to say here’s what worked last year or the year before. This is our brand name. This is our flavor. And when he (Vitello) says this, this is what he means or the coaches might not even have to say it. They initiate it to those guys. It’s a big part of having them back.”

If the team’s chemistry can mesh like last season— which Vitello mentioned as a main question going into 2022— the Vols could be destined for another deep postseason run.