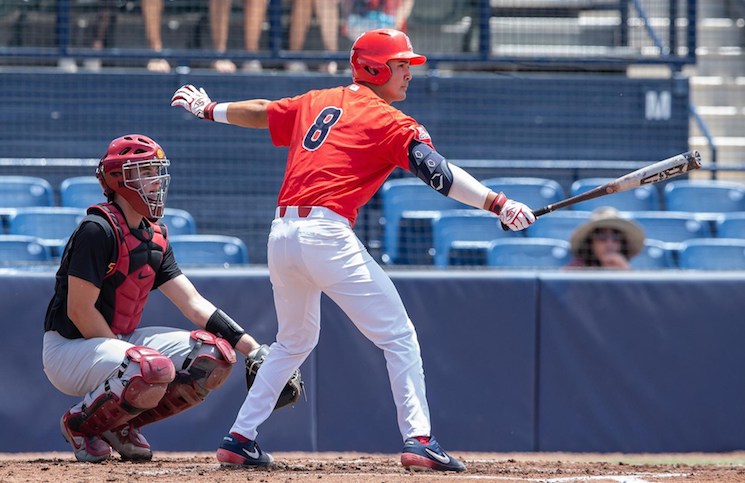 The Royals selected Dooney in the sixth round of the 2021 MLB Draft with the 169th overall pick. Dooney signed with Kansas City for $297,500, just under the estimated pick value.

Dooney would have made a large impact at Tennessee if he made it to campus and would have had an excellent chance to replace Max Ferguson at second base.

The California native earned Freshman All-American honors in 2019 at Arizona where he hit .323 with 10 home runs and 53 RBIs.

After struggling in the shortened 2020 season, Dooney transferred to Central Arizona College where he returned to form.

Dooney hit .376 with nine home runs and 57 RBIs while walking 25 times and striking out just 31 times.

The sixth round pick never signed with Tennessee despite committing in October of 2020.

The majority of current and committed Tennessee players who have been drafted in last week’s MLB Draft have now signed.

Connor Pavolony and Jackson Leath are the only current Vols yet to sign though they’re expected to do so.

The Tampa Bay Rays haven’t signed prep shortstop Ryan Spikes after picked him in the third round of the MLB Draft, but the expectation is that Spikes won’t make it to campus.

The Philadelphia Phillies picked Missouri transfer Seth Halvorsen in the 19th round of the draft, but the hard throwing right hander will come to Tennessee in the fall.

Other top Tennessee commits— junior college infiedier Seth Stephenson and prep infielder Christian Moore— were not selected in the 2021 draft and will have a strong chance to earn early playing time.