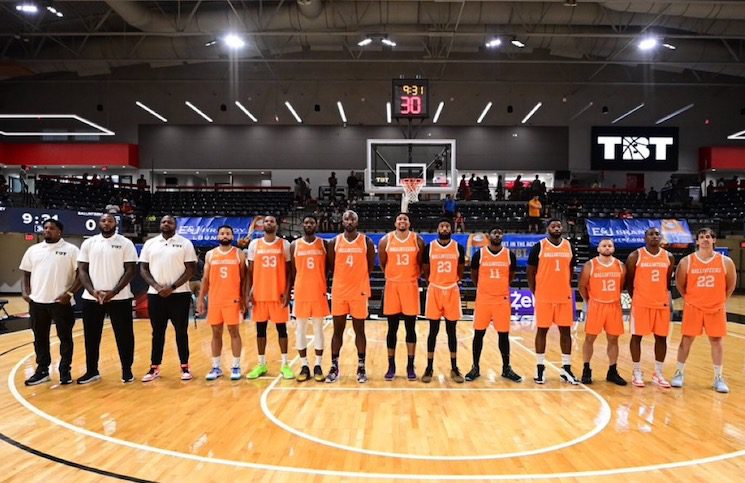 Men of Mackey defeated the Ballinteers, a Tennessee basketball alumni team, 83-74 Friday night. The first round loss eliminates the Ballinteers from the 2021 The Basketball Tournament.

Men of Mackey, a Purdue alumni team, jumped out to a 23-11 first quarter lead and wouldn’t look back leading for most of the game by double digits.

The Ballinteers trailed by just 10 points at halftime thanks to a strong second quarter from Kansas guard Josh Selby— one of two players that didn’t play at Tennessee— and John Fields.

The Purdue alumni team jumped on Tennessee early in the third quarter— expanding the lead to 15 by the start of the fourth quarter.

Selby was the game’s leading scorer, tallying 20 points on 7-of-17 shooting from the floor.

Ballinteers head coach Ron Slay told Rocky Top Insider that his team’s success against Men of Mackey would come down to their ability to manage the Purdue alumni team’s size.

The former Vols did a solid job of managing the glass, giving up 10 offensive rebounds while grabbing 11 themselves.

Men of Mackey was able to get to the free throw line at a higher rate, however, shooting 17 free throws to the Ballinteer’s 10.

The Tennessee alumni team was without young guards Lamonte Turner and Jordan Bowden who had originally planned to play for the Ballinteers. Without the guards, the Ballinteers struggled to create good shots.

The 2021-22 Tennessee basketball team could have a chance to get revenge against Purdue this November in the Hall of Fame Tip-Off.