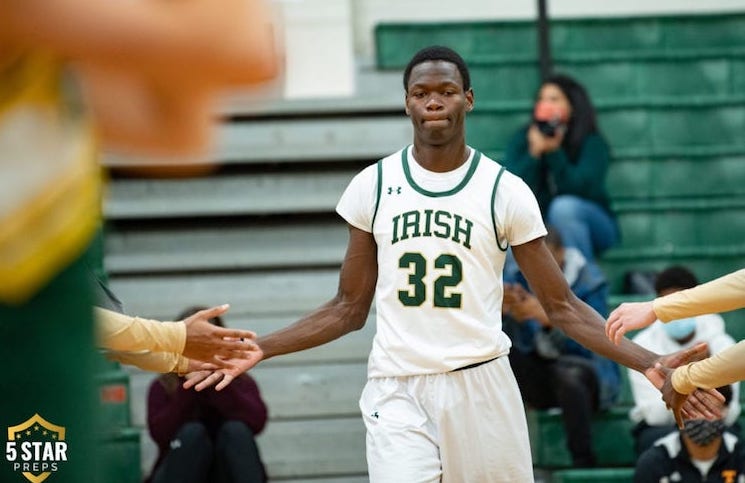 On BMaze Elite, Tamba played with Edwards as well as five-star power forward Brandon Huntley-Hatfield, who like Tamba, reclassified from the 2022 to 2021 class.

Tamba is a three-star recruit according to 247sports but is unranked according to the 247sports composite rankings. Along with Tennessee, Tamba holds offers from Auburn and Georgetown.

With his 7-foot, 215 pound frame and long arms, Tamba is a strong rim protector and has the potential to grow into a strong player for Rick Barnes and the Vols.

However, Barnes and his staff are banking on potential with Tamba. The Knoxville Catholic big is a raw prospect with a lot of improving to do before making an impact on the court at Thompson-Boling Arena.

Tamba’s commitment pushes Tennessee ahead of Gonzaga to the No. 2 ranked recruiting class in the country, behind only Michigan.