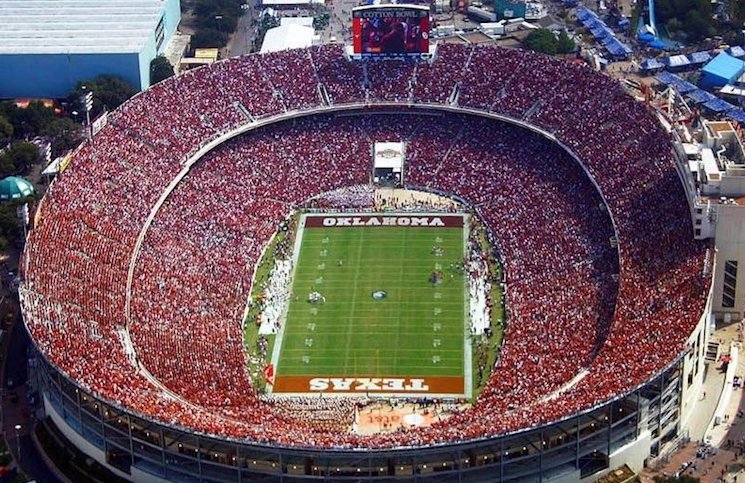 A day after informing the Big 12 it would not be renewing their grants of media rights after 2025, Texas and Oklahoma formally requested entrance into the Southeastern Conference Tuesday.

The request comes just a week after the collegiate athletics world was turned upside down at SEC Media Days when reports came out that the two college athletics powers were pursuing joining the SEC.

In its statement the SEC said that there was no prior contact with Texas and Oklahoma about joining, but that seems very impractical. How long talks between the Big 12’s two biggest money makers and the SEC have ensued is one of the biggest questions on conference expansion and realignment.

“The University of Oklahoma and the University of Texas, two esteemed academic institutions with storied athletic programs, today submitted formal requests to become member schools of the Southeastern Conference in 2025,” SEC commissioner Greg Sankey said in a statement.

For Texas and Oklahoma to join the SEC, three-fourths of its member schools would have to vote in favor of expansion. That is 11 of the 14 SEC universities.

Sankey expressed overwhelming optimism that there would be 11 votes in favor.

“We will pursue significant change when there is clear consensus among our members that such actions will further enrich the experience of our student-athletes and lead to greater academic and athletic achievement across our campuses,” Sankey said.

While the statements by both universities and the SEC targeted 2025 as an entrance year, that date could be fluctuous. The remaining eight Big 12 universities will be looking for exit strategies into one of the other three power five conferences, leading to the conference dissolving before the 2025 date.

Texas and Oklahoma could also pay a fine or negotiate a buyout to leave the Big 12 before 2025.