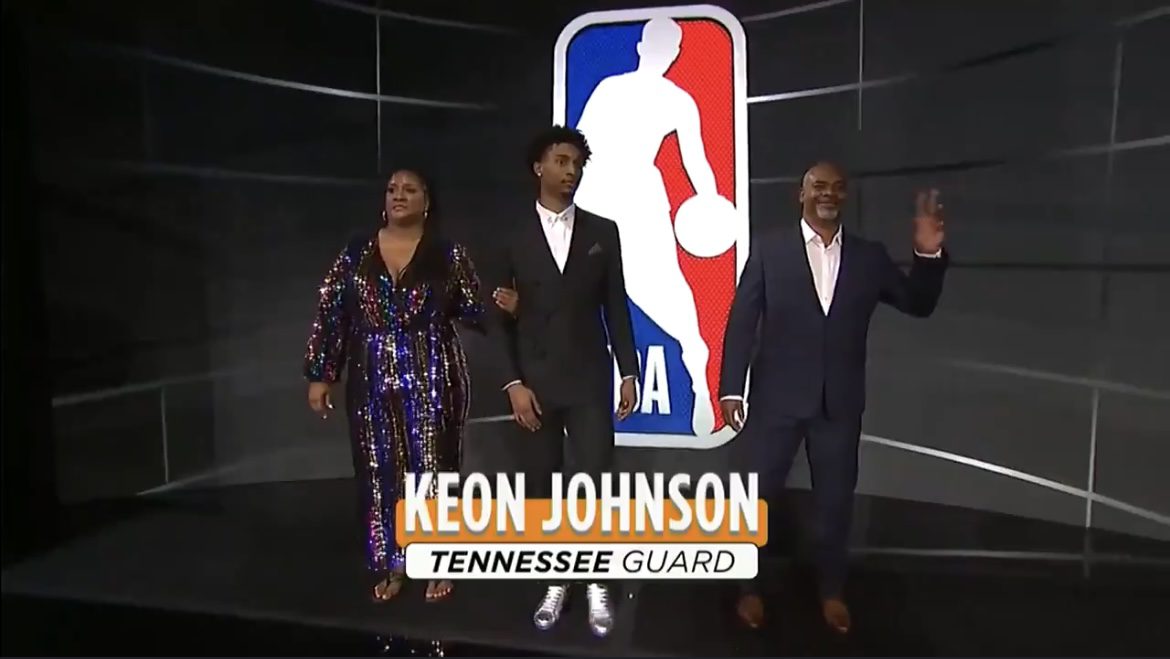 The New York Knicks selected Tennessee guard Keon Johnson with the No. 21 pick in the 2021 NBA Draft and traded the Tennessee native to the Los Angeles Clippers.

Johnson, as well as guard Jaden Springer, is Tennessee’s first one-and-done prospect since Tobias Harris in 2011.

As a freshman, Johnson averaged 11.3 points, 3.5 rebounds and 2.5 assists per game. The Shelbyville, Tennessee native struggled to shoot from the outside— 20.7% from three-point range— but earned a reputation as a strong defender.

With elite athleticism and long arms, the 6-foot-5 guard has the tools to be a strong wing defender from day one in the NBA. If Johnson’s offensive ability— which has greatly improved in the past few years— catches up then the guard can be a long time NBA contributor.

The former five-star recruit made the SEC All-Freshman team in his lone season in Knoxville and helped guide the Vols to the NCAA Tournament for the third time in four seasons.

The instate prospect is the highest drafted player from Tennessee since the Charlotte Bobcats selected Tobias Harris and traded him to the Milwaukee Bucks in 2011.

Johnson’s selection begins what could be a busy draft for Rick Barnes’ program. Jaden Springer is a borderline first round selection and Yves Pons could be a late second round pick.

In Los Angeles, Johnson joins a Clippers team that will compete for a NBA title with two-way stars Kawhi Leonard and Paul George.