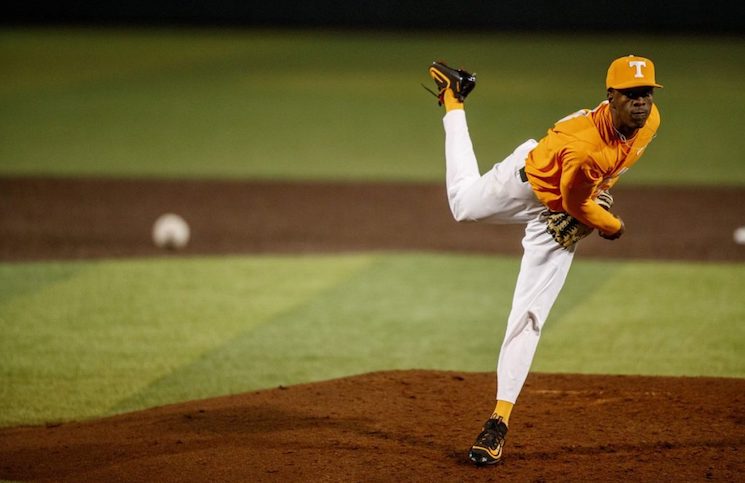 The junior was a weekend starter the first two weeks of the season but fell out of the rotation after giving up five runs in two innings against Indiana State.

The Clarkesville, Tennessee native couldn’t earn consistent innings out of the bullpen falling behind Mark McLaughlin and Kirby Connell.

In three years in Knoxville, the right handed pitcher recorded a 3.11 ERA and 1.23 WHIP in 46.1 innings pitched.

Despite losing Sean Hunley and Chad Dallas to the MLB Draft, as well as Will Heflin to graduation, Tennessee’s pitching should be loaded in 2022 with the addition of Seth Halvorsen, Chase Dollander and Chase Burns.

With a strong core back and talented pitchers incoming, a path to consistent innings would have been a grind for Pleasants in his final season.

Despite the NCAA’s one time transfer rule, Pleasants will have to apply for immediate eligibility next season since he didn’t enter the transfer portal before July 1.