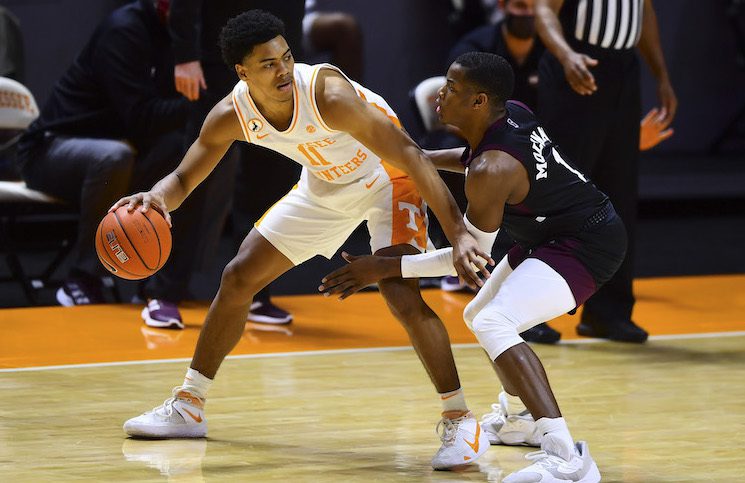 The draft marked the second time ever Tennessee had two players selected in the first round.

“He reached out to me after I got drafted,” Springer said of Harris. “He was congratulating me and telling me he can’t wait to get us together and lock in, really. He hit me up a couple times during the season just motivating me telling me I have to keep growing and working.”

Springer’s relationship with the 19th pick in the 2011 NBA Draft began before his freshman season at Tennessee.

“When I got to Tennessee he hit me up on Instagram and stuff like that, really just checking in and making sure I’m straight,” Springer said.

The two former Vols will look to help bolster a Philadelphia team that has made the playoffs the past four seasons but hasn’t made it past the conference semifinals.

Springer believes that his experience at Tennessee prepared him for the NBA well, especially the big games and big venues he played in during his year in Knoxville.

“I feel like it can help you a lot,” Springer said. “Having what the fanbase would be like. Playing against teams from all over the country and stuff like that. I think it’s a smaller step of making it to the big leagues.”

Included in those big games were rivalry matchups with Kentucky.  Those matchups will help prepare Springer for NBA rivalries like the 76ers and Celtics.

When the two northeast foes meet it will be full of Tennessee players with Grant Williams and Josh Richardson both playing for the Celtics.

“I didn’t know Tennessee and Kentucky, their rivalry,” Springer said. “They’re big rivals. That is fun to be a part of.”

In his two games against Kentucky, Tennessee went 1-1 with Springer scoring 23 points in a win at Rupp Arena and four points in a home loss.