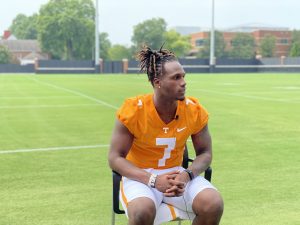 It’s not every year that you roll into fall camp on a college campus and have four different players battling for the starting position. But this year, that is exactly what’s going on at Tennessee, as the Vols prepare to start fall camp and decide on their starting quarterback. Two guys battling for that spot are transfers, coming from power-5 schools and looking to take the reigns of this offense.

Word started to spread in the spring that Tennessee would be bringing in another quarterback to battle for the starting position. And now, it has turned into a four-man scramble heading into the start of fall camp, as Harrison Bailey, Hendon Hooker, and Brian Maurer will battle with Milton to start against Bowling Green.

For Milton, choosing Tennessee was a pretty obvious choice, especially with his prior relationship with Josh Heupel.

“The program itself, along with Coach Heupel and the offense and the staff he brings here. It’s speed and space; that’s pretty much my offense and style of play.”

Milton added, “Throughout high school, they kinda recruited me out of high school. When he was recruiting me, he was at Missouri then, and I just remember him texting me after every game, asking if I saw the game. After my high school games on Friday nights, he asked me, can you do that in my offense? Can you help me recruit that way? You can change your style of play and have a big impact for us, that kind of stuff.” 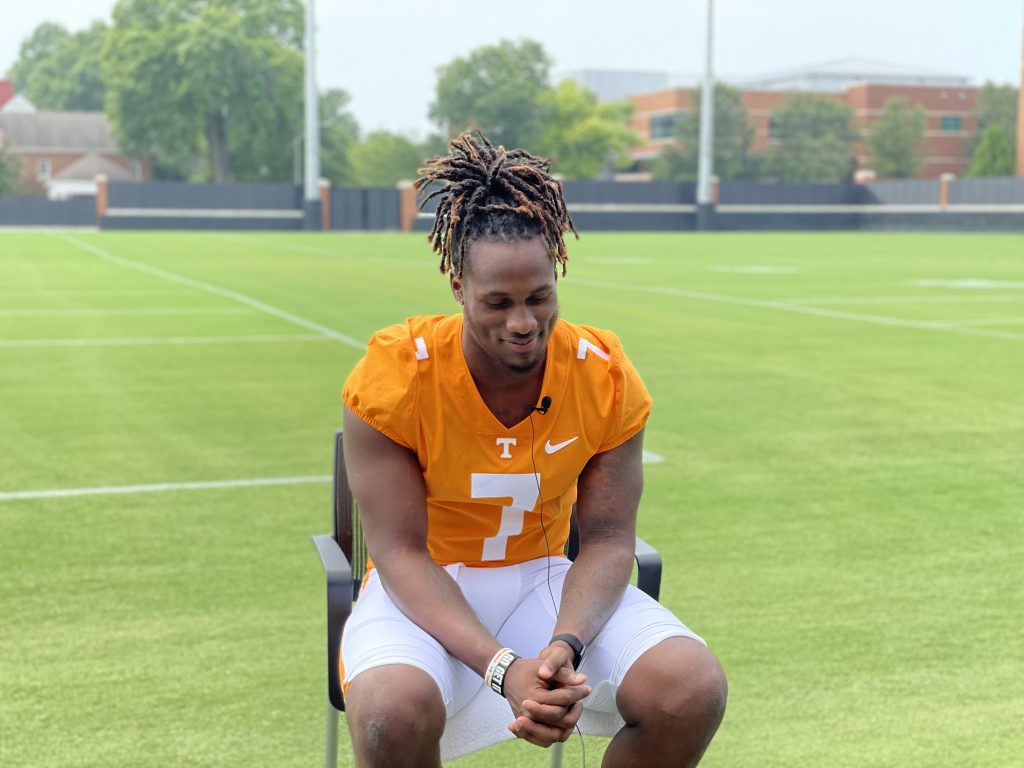 It wasn’t always easy for Joe, who has talked about facing adversity for most of his life, especially last season at Michigan. Before the Michigan State game, Milton had torn ligaments in his thumb on his throwing hand. Although, he tried to battle through and detail just how injured he was. During the offseason, he had surgery to fix his thumb, which he discussed.

“I have always been facing adversity in life, so this type of small adversity like Covid didn’t really change anything. You kind of just put more, I don’t want to say pressure, but it’s more fuel to the fire. It just makes you wanna grind more because you never know when it’s going to end.”

Milton added about the health of his thumb, “My thumb feels great, 100% healthy now, and that’s pretty much why I can’t stop smiling. Every day I walk into the building, it’s a new me. Last year I lost it, and I know what it feels like to have half of your body and half of your hand. So it’s just a new me”.

As time has shown in Knoxville and all over college football, the quarterback competition is the most notable, especially around these parts and the unfortunate mess we witnessed over the past few years. For Milton, though, he said he doesn’t feel the pressure to battle for QB1.

“No pressure, I don’t see pressure,” Milton said on Tuesday. “One thing with me is the previous quarterback competition I was in. So I have to take care of what I can take care of, know what I need to know, and understand what’s going on when your time is called.”

It will be an interesting ten days for the quarterbacks battling for this job, as OC Alex Golesh said he would like to see the battle cut down to two after about a week and a half. That means you can expect fierce competition from this group, which is exactly what this football team needs. There is no more handing off positions, especially at quarterback.

Fall camp is here, so let the battle begin.