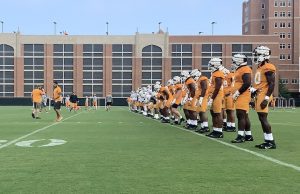 The Tennessee football team was back on the field Thursday morning as they held their second practice of fall camp. In talking with numerous folks on the field, it feels that practices have become much more lively since the Spring. It was much of the same on Thursday, as the team worked on individual drills for the first few periods before the QB’s and WR’s broke off and worked routes.

The QB’s pretty much flip-flopped from Wednesday’s practice, as Brian Maurer and Harrison Bailey were running 1-2, while Joe Milton and Hendon Hooker ran 3-4. This will be the theme over the next few days, determining who brings the most to the QB room. During the 11 v 11 portions of the practice, the WR’s were Velus Jones Jr., Jimmy Calloway, and Cedric Tillman. Tillman received high praise from Josh Heupel during this session for his route running and catches. JaVonta Payton continued to raise some eyebrows with his route running and catching ability. Jalin Hyatt worked with Javonta Payton and Jimmy Holiday in the second group, followed by Ramel Keyton, Walker Merrill, and Andison Coby. 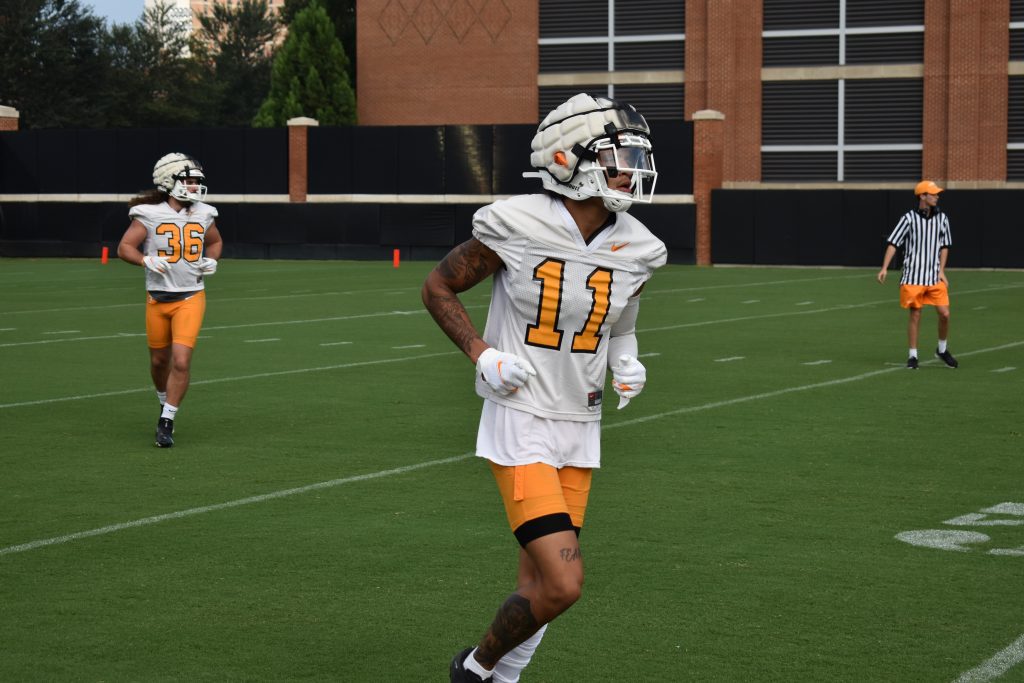 The QB’s all had their moments today, running and passing. Velus Jones caught a dime down the sideline from Harrison Bailey. Milton and Hooker showed off their running ability again on Thursday, along with throwing the deep ball. Milton might benefit from taking some heat off his throws across the middle, which led to a few drops today, nothing major. Jalin Hyatt really benefited during the team periods, as he made multiple catches, down the field and over the middle. 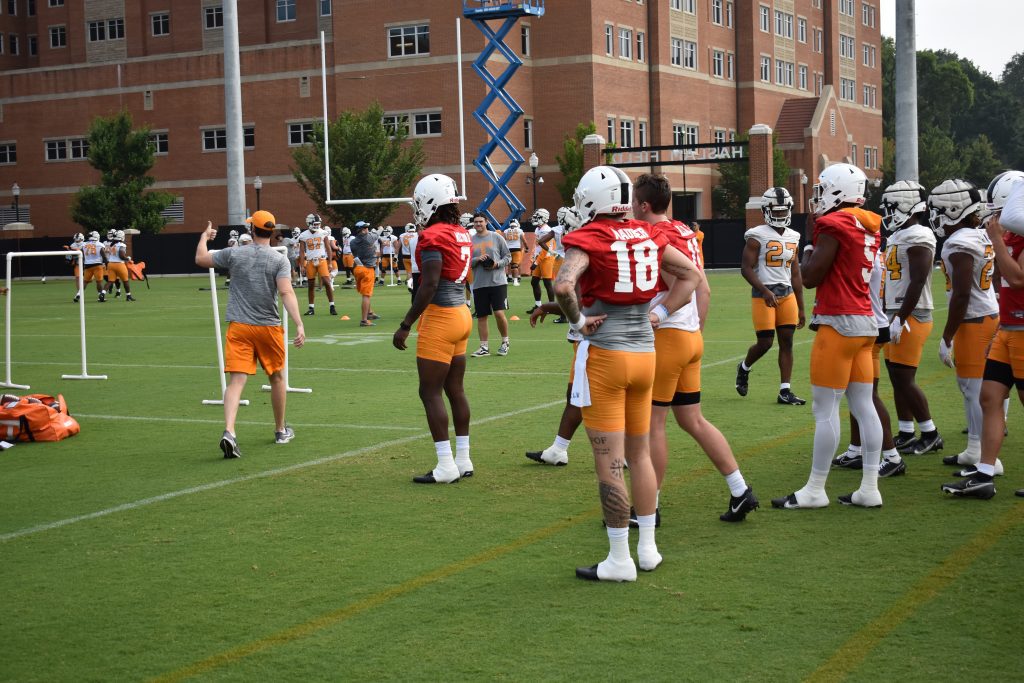 At the RB position, it was Jabari Small, Tiyon Evans, then Jaylen Wright, and Dee Beckwith. On the TE front, Jacob Warren and Miles Campbell were getting off the line of scrimmage quick, making some nice catches as well. On the OL front, it was Dayne Davis, Jerome Carvin, Cooper Mays, Cade Mays, and Javontez Spraggins. We did see Cade Mays getting work at both guard and tackle today. Dayne Davis seems to have the edge over Darnell Wright at the moment at left tackle.

On the defensive front, it was Blakely, Omari Thomas, Matthew Butler, and Tyler Baron. Byron Young, LaTrell Bumphus, and Elijah Simmons all ran with the 2’s. It was the same as yesterday on the linebacker front, as Solon Page and Kuawze Garland ran with the 1’s, as Jeremy Banks and Juwan Mitchell ran with 2’s. Morven Joseph and Aaron Beasley were splitting time. 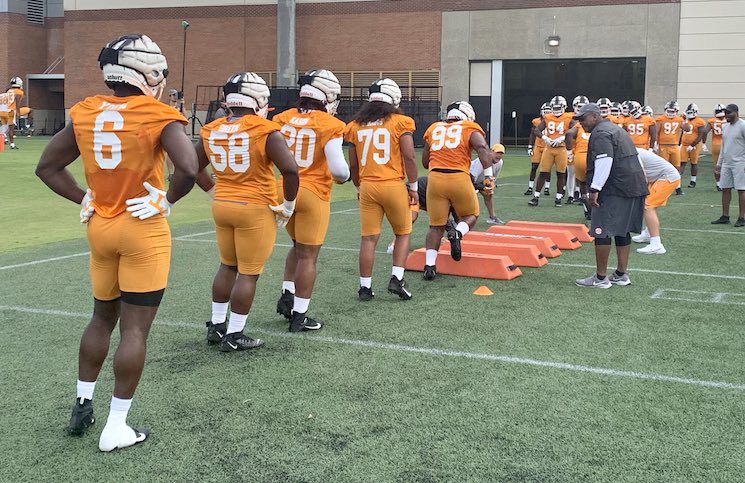 The defense seemed to be getting set a bit quicker today, as the offense tried to push the tempo again at times. On the line of scrimmage, there were times that the OLB’s were getting a good push off the edge and getting to the QB, especially Byron Young, who seemed to be in the backfield on almost every snap he participated in. Trevon Flowers did have an interception today for the secondary group.

Personnel Notes: Princeton Fant was back at practice on Thursday, and Kamal Hadden worked on the side again today.