On Monday morning, the Vols hit the practice field, looking to continue their preparations for the first scrimmage on Thursday. The team was dressed in shoulder pads as they get ready to go full pads, and the intensity will be taken to the next level, contact-wise.

As K’Rojhn Calbert is sidelined with an arm injury and likely to miss the entire season with his bicep tear, it is now up to a few others to step up in his place. Calbert was present at practice, though not participating and only wearing a jersey. Cade Mays and Dayne Davis were getting some work at right tackle, as Darnell Wright, Jeremiah Crawford, and RJ Perry were working at left tackle. 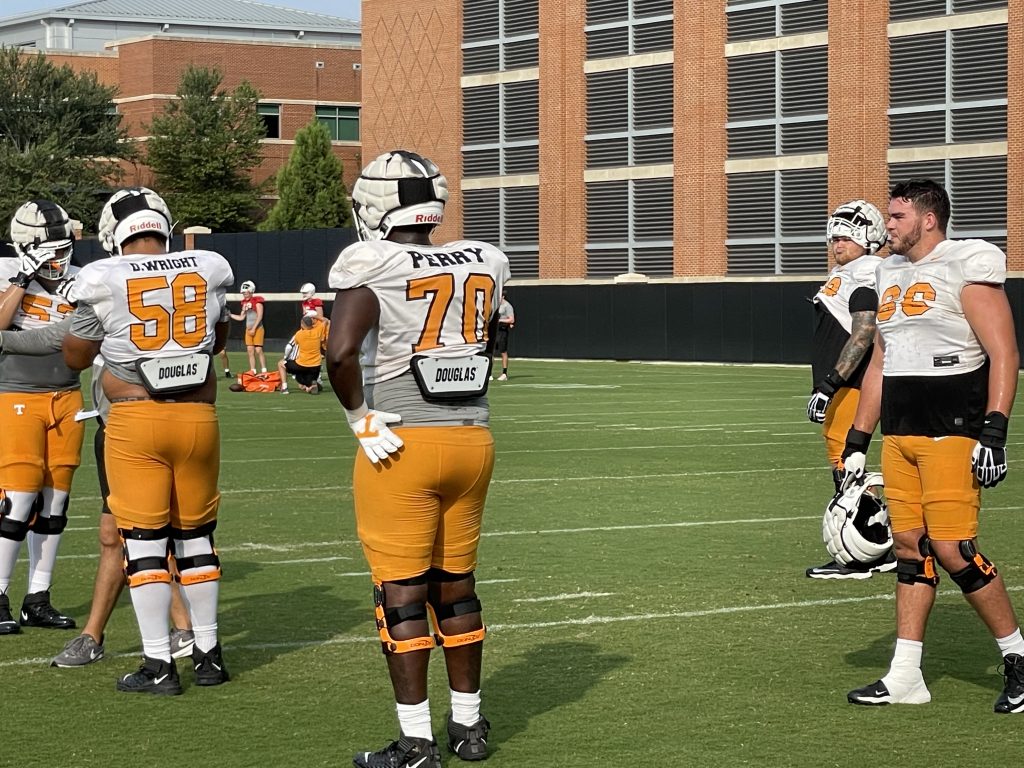 The QB’s weren’t in any particular order today, besides jersey number. On a positive note, I thought the QB’s looked better today in routes with WR’s, especially in the out-patterns. Hendon Hooker and Joe Milton seemed more accurate across the middle and on the boundaries, but this was only in a select portion of viewing. Harrison Bailey had his moments, as the QB competition will only pick up from here.

The WR’s seemed to have an excellent few periods while we were out there, as Velus Jones Jr. was a full participant after using a few practices last week to keep his workload down.

Aaron Willis’ mobility is impressive, and he probably moves better laterally than any other linebacker. He’s small, but it will be fascinating to see how he factors in the mix. LaTrell Bumphus looks good after losing the back half of his 2020 season to a leg injury. He’s a bit of a tweener between a four-down lineman end and tackle but appears big enough to hold up in the middle. 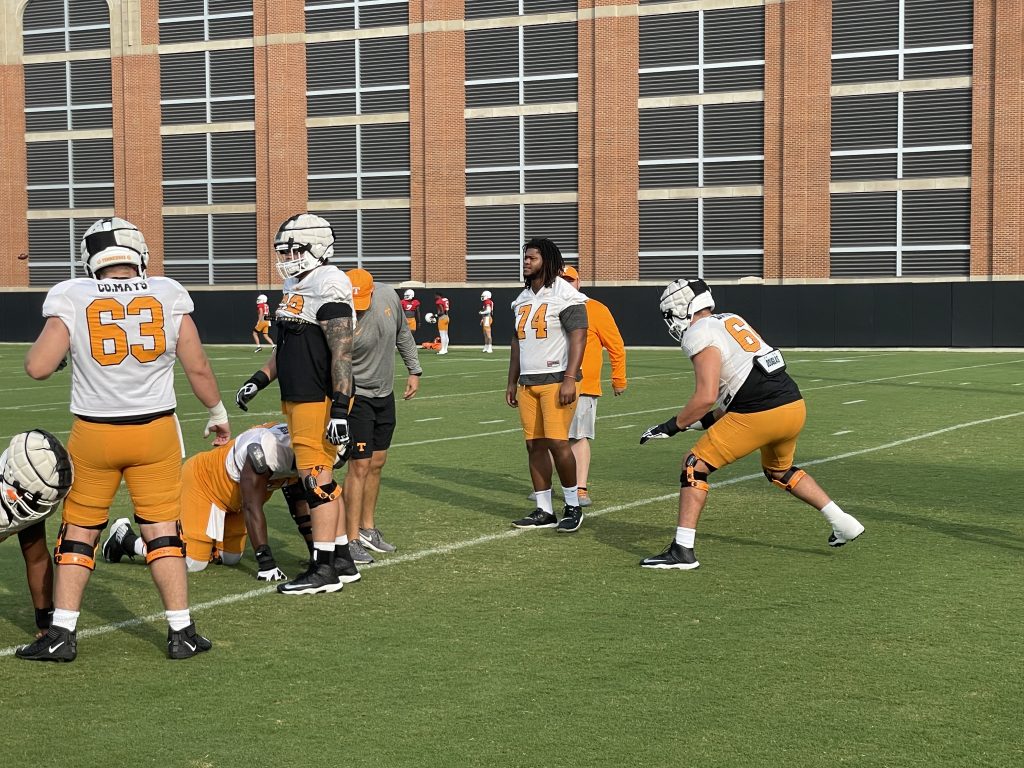 Tyler Baron got a few extra reps in defensive line drills. Morven Joseph did one exercise with the defensive line working on pass rushing. After that, he worked with the inside linebackers for the rest of the media viewing period.

The defensive line continued to hear from Rodney Garner as they look for the main leader out of the group and especially depth at the position. I continue to hear great things about Byron Young, who looks to be a force to reckon with this season if he keeps this up. Unfortunately, the offensive line continues to have trouble putting up any kind of block against him.

Jimmy Calloway, William Mohan, and Kaemen Marley were working off to the side during the portions of practice the media was present.

You can watch video highlights of Tennessee’s Monday morning practice here. Stay tuned to Rocky Top Insider for all of your Tennessee fall camp coverage.