The Vols were back on the field Wednesday morning, preparing for their first scrimmage of fall camp. The players were in shells today, working on different schemes and formations, on both sides of the ball.

The big news to come out of Wednesday’s practice was the absence of QB Brian Maurer. Late Wednesday night, Maurer posted to instagram a caption that read “They took my dream away after 4 days..that’s okay cause I’m a soldier. #18out”. This was then edited to say “I’m a soldier”. Look, this isn’t the first time Maurer has taken to social media to voice his opinion on things, so it wasn’t very surprising to see the first caption last night. It’s understandable if a young man is in his emotions, but not being at practice today could potentially signal the end for Maurer at Tennessee, we will see. 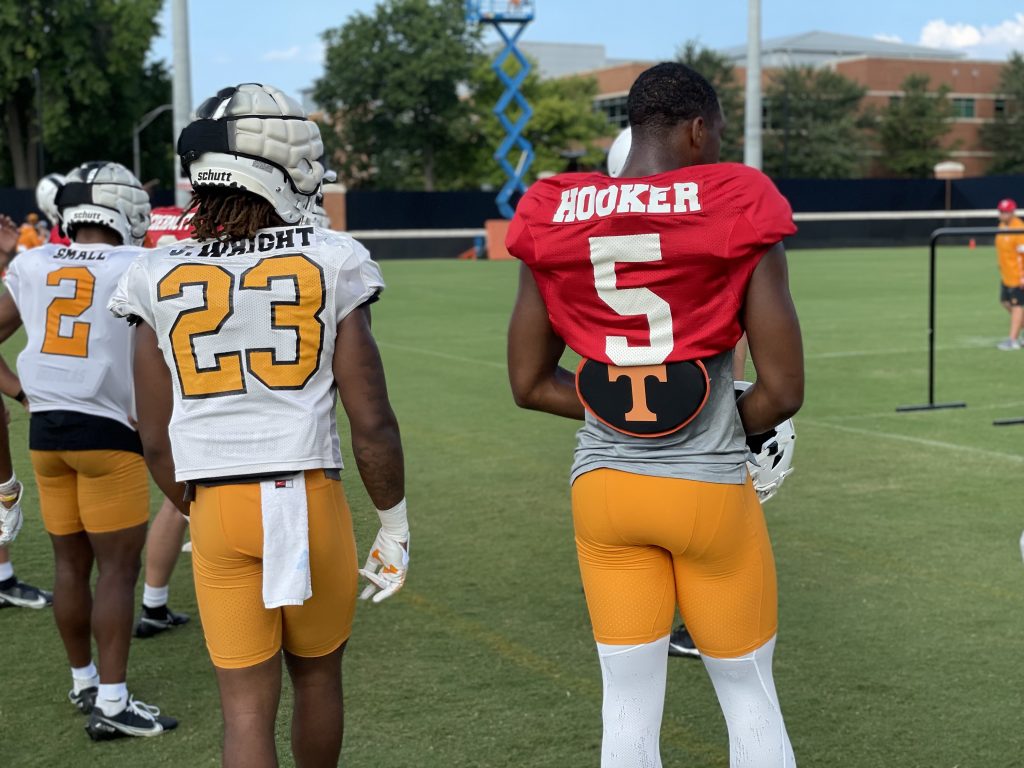 The remaining QB’s continued to work with the RB’s on handoffs and WR’s on routes, specifically in the end zone, while we were out there. This is now a three-man battle for the starting job. The running order was hit and miss on Wednesday, as the routes-on-air portion had two QB’s running at the same time. They were working on pick routes (rub routes) in the red-zone work.

Freshman Kaemen Marley was limited again today, but JaVonta Payton and Jimmy Holliday were participating in drills while we were out there. Velus Jones Jr. was limited on Tuesday in live action periods and I suspect that will be the case today, as they don’t want to aggravate any kind of injury. It’s better to be cautious in most circumstances. 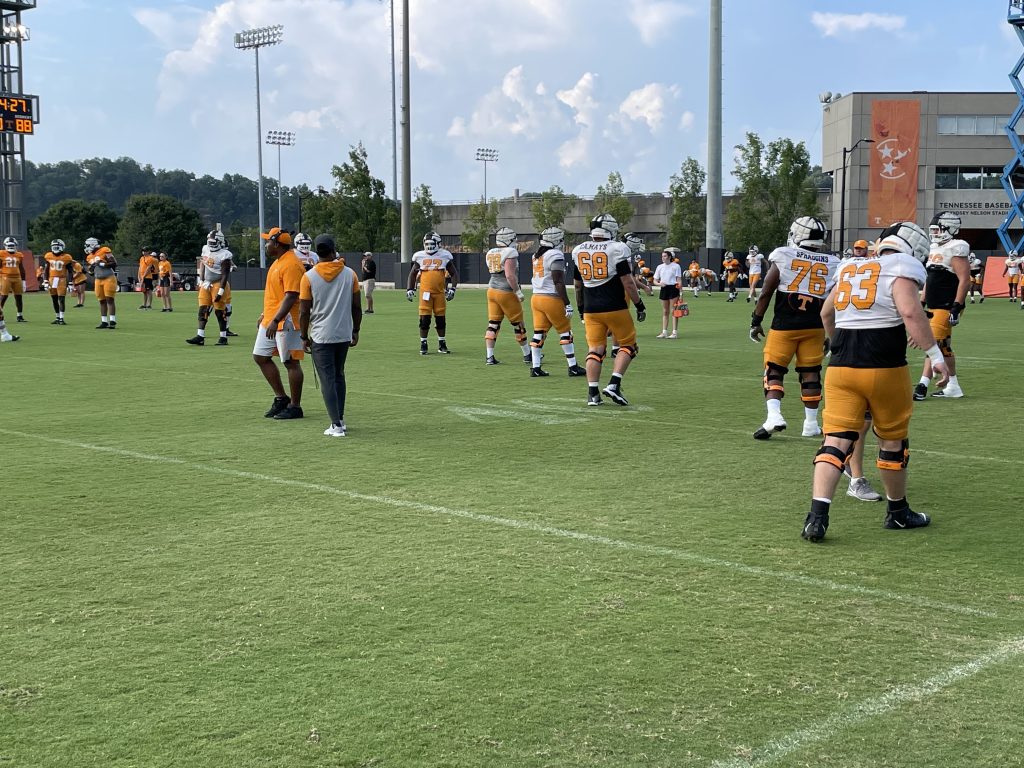 The offensive line continued to work the sleds and protection packages while we were present. Jerome Carvin continues to impress, especially with his speed coming off the line. Darnell Wright was working at left tackle and has really gotten himself in better shape, which is a testament to his off-season work ethic.

Jeremy Banks was back on the field Wednesday, after missing Tuesday’s practice due to personal reasons. The defense continues to work on stripping the football and Byron Young continues to impress in drills.

Continue to be impressed by LaTrell Bumphus. He looks quick and shows no signs of the leg injury that ended his 2020 season. Outside pass rushers were doing some separate work from the interior lineman. Included in that pass rushing group was Tyler Baron, Byron Young, Morven Joseph, Roman Harrison and others

We will have continuing coverage of fall camp 2021, so follow Rocky Top Insider