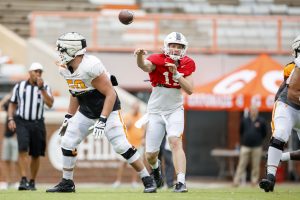 It was a busy Thursday morning for the Tennessee football program as they hit the field inside Neyland Stadium for the first scrimmage of fall camp. As we get closer to the third week of camp, Heupel and his staff will start deciding how to deal with reps, which is why Thursday and Tuesday are so important for many.

As the Vols came off the field and Heupel carted over to the press conference, it became apparent during his first few answers that he liked what he saw out of the defense. You have to remember; this group is still working on finding the depth needed at a few different spots. But today, you could tell from his answers how proud he was of the defensive unit, but also how much better the offense needs to get over the next three weeks.

He praised the quarterbacks, who split the reps equally, for doing their job for most of the scrimmage. However, he also said they have a lot to work on though. Somebody in this group needs to step up and take the reigns next week, as they scrimmage again on Tuesday.

The Tennessee head coach was impressed with the tackling from the defense, especially in open space, something the Vols have struggled at in years past. But for this group, it’s all about continuing to get better, no matter how much the Vols offense improves over the next few weeks. 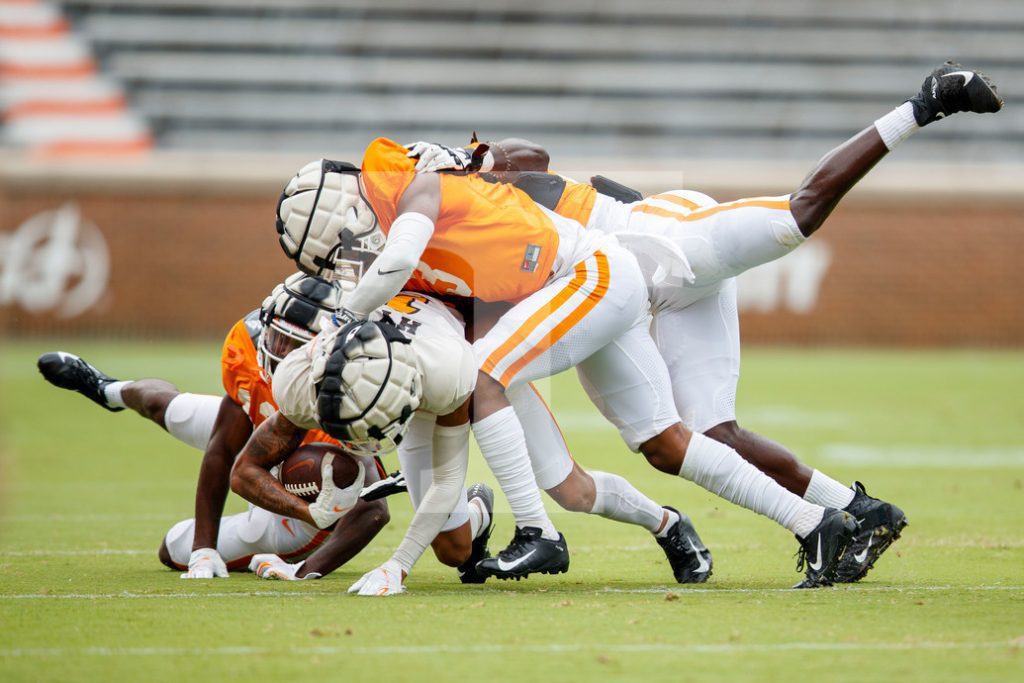 Heupel discussed the WR’s and their route running. He also praised Jabari Small and Tiyon Evans, noting that they need to find the guys who will play behind them. As Heupel discussed depth at the position, you could tell he’s looking forward to who steps up.