It was a hot Saturday morning practice for the Vols, as they hit the field for the 9th time of fall camp. The team is coming off a scrimmage on Thursday, where the offense received mixed reviews and defense seemed to have put together a nice performance.

You could tell immediately that Glen Elarbee looking for his offensive line group to set the tone on Saturday, after a not so pleasant outing during the scrimmage. During the drills portion, it was Mays, Spraggins, Mays, Carvin and Wright working with the first group. I would expect Elarbee to continue switching things up until he feels comfortable with this group. It was interesting to watch Elarbee have his guys go one-on-one during one portion, emphasizing to his guys that they need to finish the block. 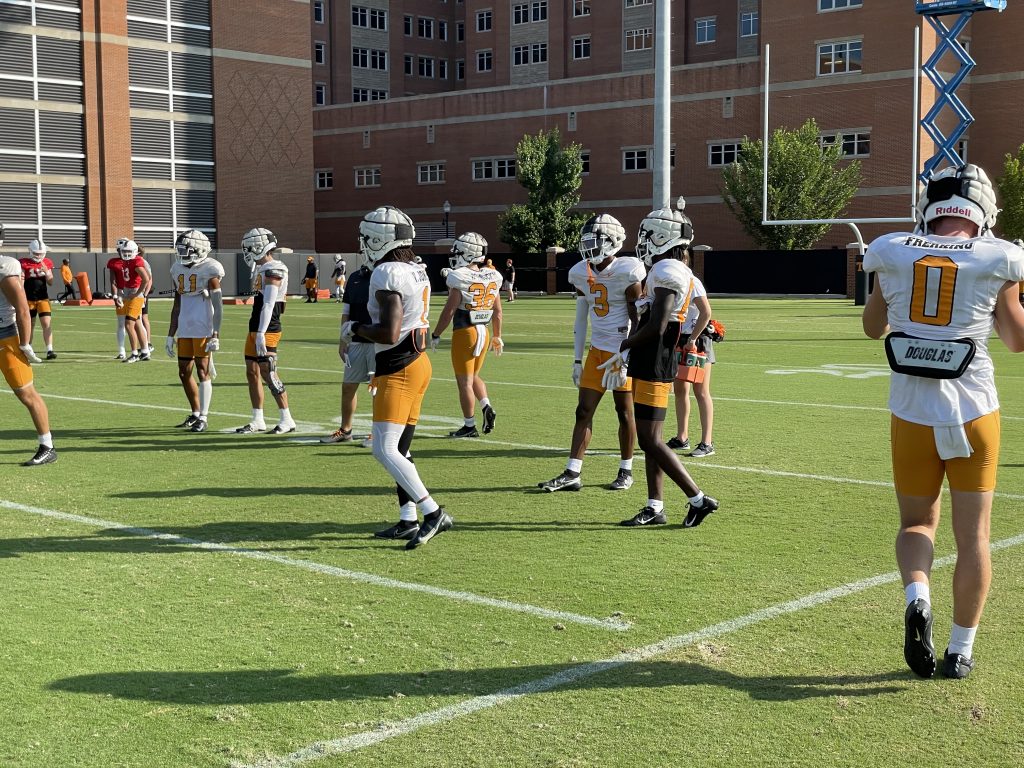 As the Vols came off their first scrimmage of fall camp, it is now time to see what kind of separation there will be when it comes to reps. On Saturday, the pecking order was Joe Milton, Hendon Hooker and Harrison Bailey. I know in previous practices they’ve gone off of jersey numbers, but it feels as though they are trying to ignite the battle one more time before the scrimmage on Tuesday.

Joe Milton led off the group and looked the part with his throwing. As the Vols ran combo routes, corner routes and others, Milton definitely looked the better thrower out of the group. His passes are so crisp and he doesn’t have to put much effort into throws toward the sidelines or down the field. Hendon Hooker and Harrison Bailey each had a few miscues, but again, it’s only routes on air and we get to see a certain period of time. But the quarterback room could be taking shape, which is why Tuesday is key for this battle.

You could tell that Jalin Hyatt is continuing to make strides coming out of the slot or even the outside, as he’s tried to take his game to the next level, which the coaching staff world love to see. 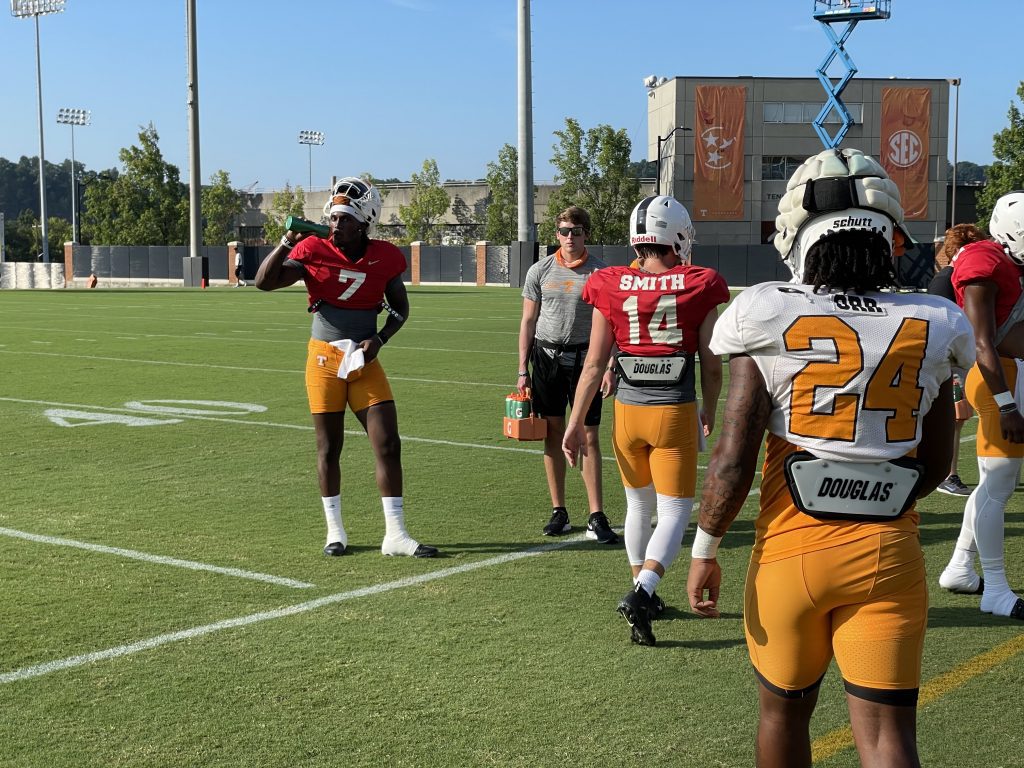 At the tight end position, Jacob Warren was not dressed out for practice today, which meant Alex Golesh is dealing with an even thinner group today. Princeton Fant, Julian Nixon and Miles Campbell were working through drills, along with walk-on Hunter Salmon. This group cannot afford any injuries. 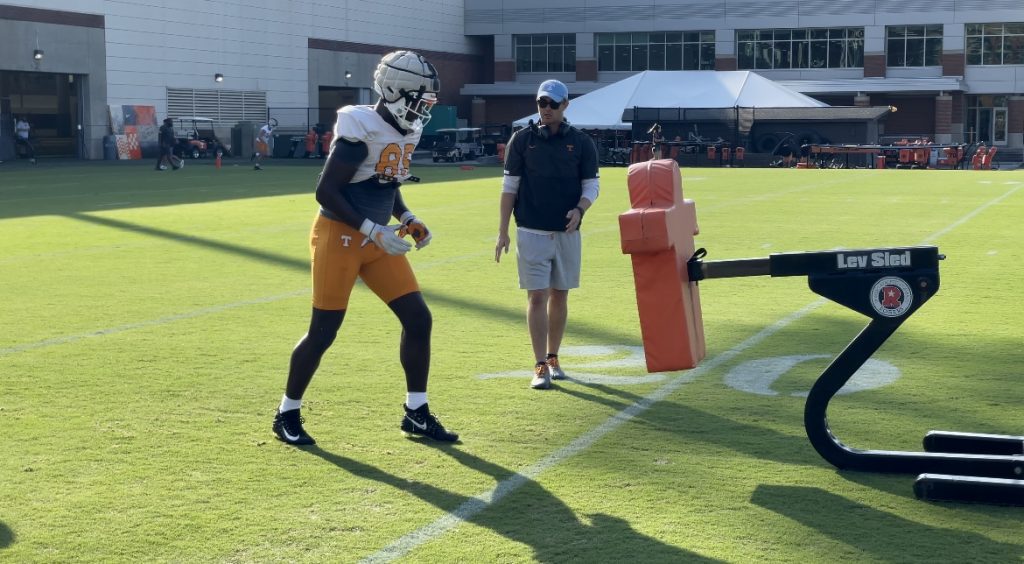 Along with Jacob Warren, WR Jimmy Calloway was not dressed for practice on Saturday, while Kaemen Marley continued to work out on the side. Velus Jones Jr. had his leg taped up pretty well, as he continues to deal with a bit of soreness in his hamstring. I am told he will be fine and was running his routes today with his group. He has sat out some live portions of practice this past week and did not participate in the scrimmage. Better be safe than sorry.

The defense continued to work on turnover drills, as they broke off into their groups after the warm up portion. The defensive line continues to work on foot leverage, while the linebackers worked on their side-to-side motion and getting up the field. The defense still has a ways to go, but Thursday’s scrimmage was a welcomed sign of progress.

We will continue to keep you updated on fall camp 2021, here at Rocky Top Insider.