The season opener is rapidly approaching for this Tennessee football team. Defense Coordinator Tim Banks is looking to continue building depth at multiple positions with just a few practices left before taking the field against Bowling Green. In addition, the Vols defense has found themselves looking for more aggression from their pass rushers. If they are going to have success this season, it will start upfront.

As this team looks for depth across the defensive line, Tim Banks noted on Tuesday that the coaches are still looking to generate more of a pass rush.

“As far as pass rushers go, I think it’s still a work in progress,” Banks said on Tuesday. “We feel like we have some guys up front that have taken some strides in that way. But we also feel like we need to generate some more pass rush. We have different ways to get that done.”

Banks also mentioned that he felt his guys had a good grasp of the scheme implementation.

“I feel good with the guys in terms of the grasp they have with our defense,” Banks said. “Obviously doing it under the lights and doing it in practice is another step that needs to be taken. At the end of the day, thus far, I feel really good about what we’re doing.”

As fall camp began at the beginning of August, there seemed to be competition all over the defense, including the nickel position. But at this moment, Banks is starting to sound like he feels comfortable with how Theo Jackson is playing the role while also becoming a leader.

“We feel good about our first one out there,” Banks said. “We have a strong battle going on right now with the second and third spot. Theo [Jackson] has a done a great job for us all of camp. Athletic for his size and does a great job of understanding schematically what we’re trying to accomplish. Then we have a couple of guys behind them that are really having a good, strong camp. And we’ll really figure this thing out in the next day or so who will be the next guy in.”

So as positions get filled in the defensive backfield, questions remain about depth at the linebacker spot. The addition of Juwan Mitchell has been a bright spot for this group, especially with how thin they were in spring practice.

Unfortunately, there isn’t a special ingredient that will make this group better overnight. Still, the solid practices from guys like Solon Page, Kwauze Garland, and Aaron Beasley will definitely help Juwan Mitchell and Jeremy Banks. 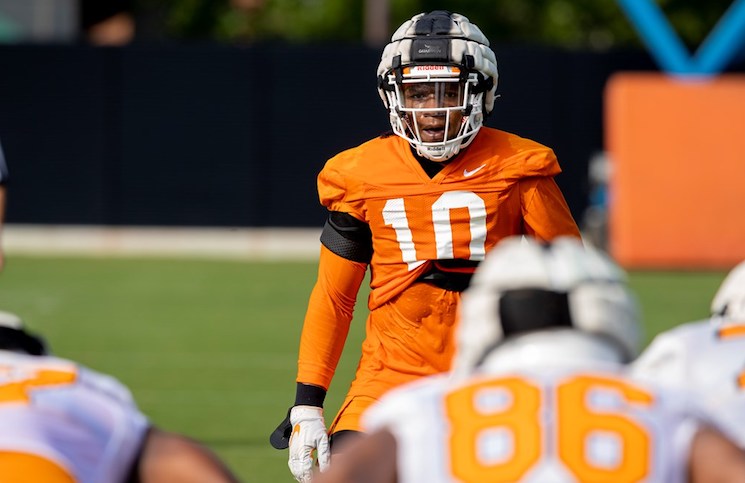 Having the experience of Juwan Mitchell will only help this group moving forward, as Tim Banks pointed out on Tuesday.

“Juwan, he’s a go-go guy,” Banks said. “Goes extremely hard. He’s starting to settle into how we do things, how we go about our business. But he’s a football player. He loves to play when he’s between those lines. He’s a physical kid, probably runs a little better than we thought on tape. So we’re excited to see what he does on Thursday. But he’s a guy that’s playing really hard for us, playing really fast. He looks like a linebacker.”

Getting back to the defensive line, these coaches aren’t going to throw guys on the field just to have a warm body; they’ll have to earn it. Though they desperately need to produce a big push upfront, they will not do it with guys who they don’t trust. 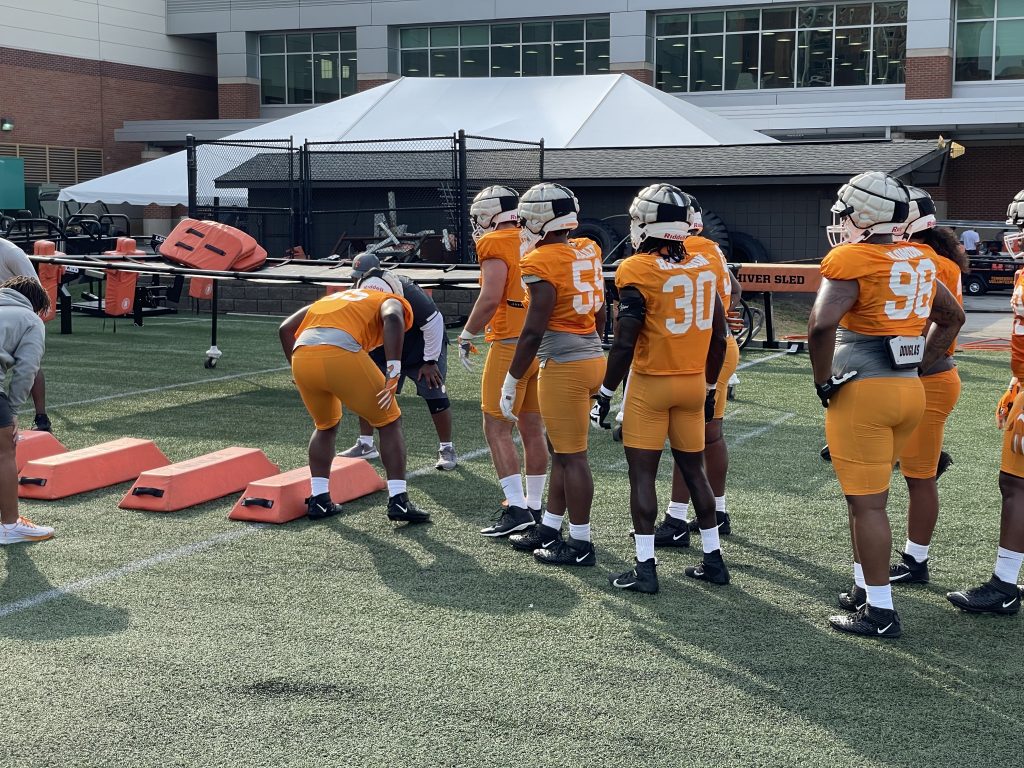 Banks was asked how many guys he thinks will play along with the defensive line and harped on guys earning the opportunity, no matter their spot on the depth chart.

“How many guys will play,” Banks said as he repeated the question before answering. “As many that earn the opportunity. So you get what you earn. Again, understanding big-picture-wise, for us to play at a high level, we’re going to need to be able to rotate guys. We’re not going to rotate guys if they’re not ready to play at the standard we’ve established. But the way I see it right now, Coach Garner is doing a good job not just developing our first group, but the second group. And hopefully, even some of the third group will have an opportunity to play. At the end of the day, on different for the D-line, linebackers, defensive backs. You get what you earn. How do you earn it? Through your performance. Not just one day, but the consistency of your daily approach.”

We might be just over a week away from the season opener, but this staff is still looking for guys who they can count on, especially during those critical moments in a game.