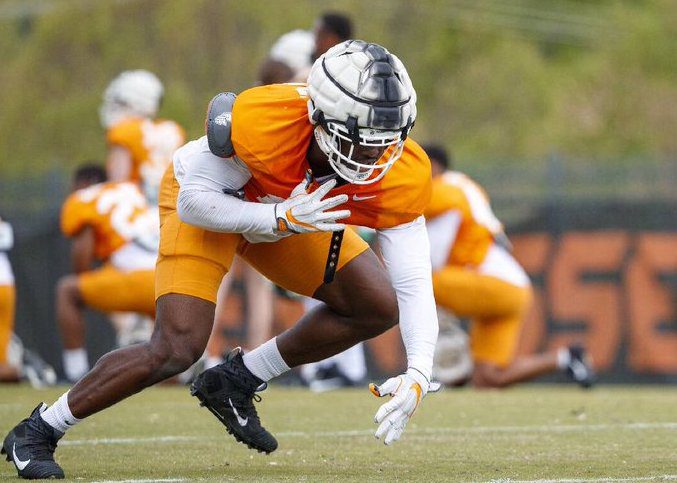 Young arrived in Knoxville this winter via Georgia Military Academy and immediately popped as one of Tennessee’s best pass rushers in spring practice. That buzz continued into fall camp where Young impressed as one of the best newcomer’s on a defense full of them.

The three-star junior college prospect’s ineligibility is due to a short stint at Gulf Coast Prep Academy in Mt. Vernon, Alabama shortly after graduating from Carver Bay High School in 2017, Rocky Top Insider has learned.

Gulf Coast Prep Academy folded in the midst of the season leading to Young’s short stint with the school.

Highlights from Young’s short stint at the prep school are included on his HUDL highlight page.

“I’m 22. After I graduated, it was in 2017, I got offered by Georgia Military, but then, I didn’t come here,” Young said in an article with UGA Sports.com in November of last year. “I just sat out and was working. I didn’t know if I wanted to play football still. I was working for a year and a half. I take some classes online at a different college. I just decided to come back and just wanting to play. I tried out here in 2019, made the team, went on from there.”

Tennessee hopes the NCAA will grant Young eligibility soon as the versatile defender’s stint with the prep school was short lived.

Young was a bracketed “OR” starter at defensive end on Tennessee’s week one depth chart. With Young out, Tennessee is turning to defensive ends Tyler Baron and Ja’Quain Blakely.

This is not related to the NCAA investigation or any kind of disciplinary issue.

The Vols are less than two hours from opening their 2021 season against Bowling Green. Stay tuned to Rocky Top Insider for full coverage of Josh Heupel’s debut.